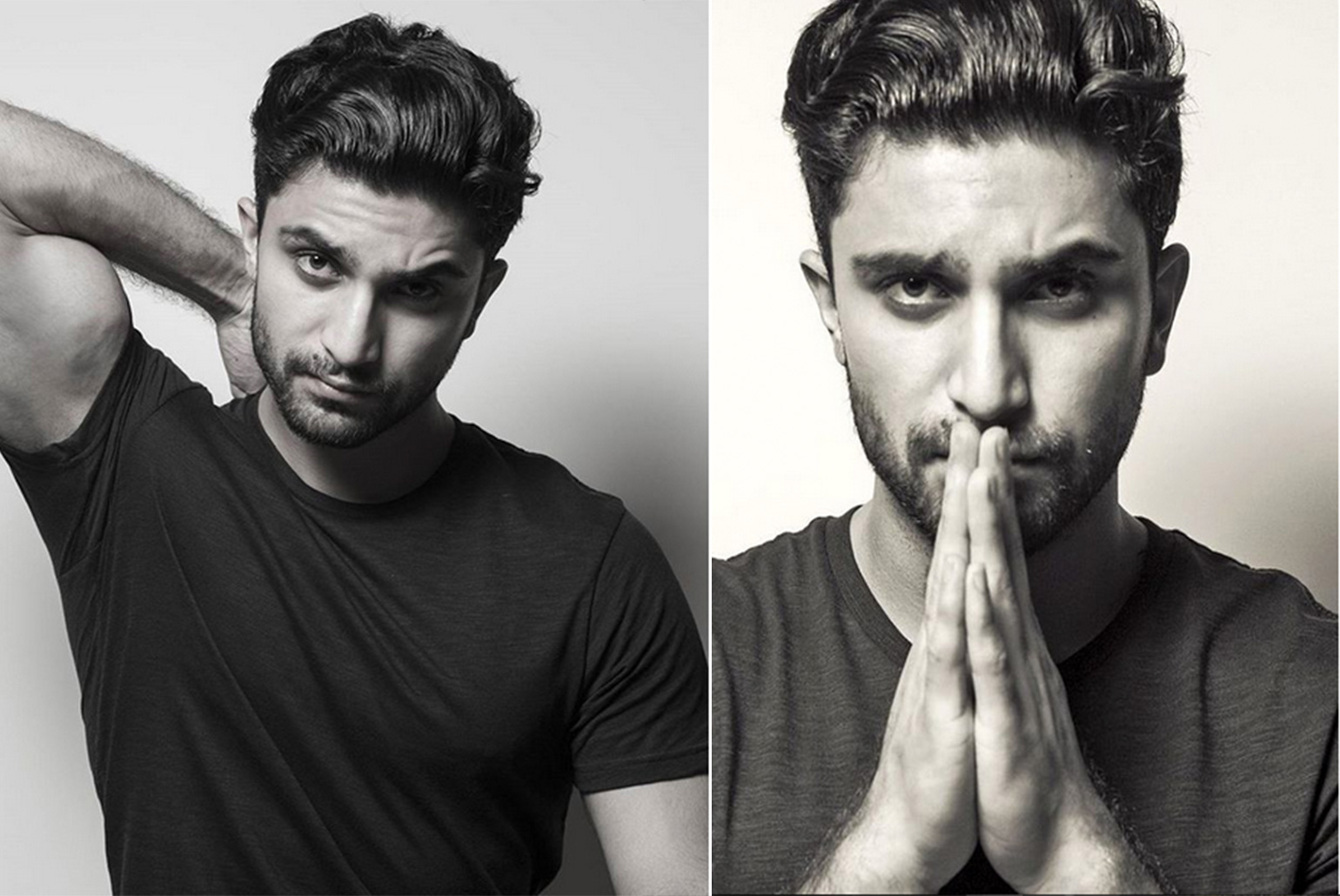 Ahad Raza Mir, Pakistan’s latest crush, really is as sweet as he seems. Recently Sheema Mustafa and I met him to discuss the success of Yakeen Ka Safar and what he has planned next…. (and don’t miss our exclusive YouTube rapid fire round with Ahad at the end of the article)

Starring in super-hit drama Yakeen Ka Safar with the lovely Sajal Aly, Ahad Raza Mir has acquired legions of fans, with social media message boards buzzing every time a new episode hits the air. His role in the drama is remarkable, morphing from the fun-loving young Asfi to the stern, reserved Dr. Asfandyar. His love story with Sajal Aly’s character Dr. Zubia has had the nation gripped, the first drama since Humsafar to capture the public’s imagination so profoundly. In an exclusive for Sunday, we talk to Ahad Raza Mir about Yakeen Ka Safar, overnight fame and what’s next for this exciting young star.

Did you expect Yakeen Ka Safar to be such a huge hit?

I was not expecting such an overwhelming response, certainly personally. The credit goes to the entire team, not just us actors. The director, Shahzad Kashmiri, the scriptwriters, the entire production team – everyone worked very hard to put together the drama you see on screen. I always knew that Yakeen Ka Safar was very special, with a strong story and great chemistry between Dr. Asfandyar and Dr. Sajal, but the way people have taken to the drama has been incredible. As an actor, it’s wonderful to have your work appreciated. Acting is what I have always wanted to do and so this sort of response is like a dream come true.

What was it like working with Sajal on Yakeen Ka Safar?

I was one of Sajal’s fans even before YKS – in fact when I knew she would be my heroine I immediately thought that I’m going to have to up my game. Working with her was brilliant. She is such a charming human being, very sweet and generous. She was very supportive throughout, helping me out with my accent and with words I didn’t know the meaning of. She’s also great fun to be around.

What’s one thing that people might be surprised to know about Yakeen Ka Safar?

Well, I’m not sure it’s a surprise but at some stages I wore a wig. At one point, I was shooting Sammi, YKS and Parwaz e Junoon at the same time. I had long hair in one, short for half of the other and a military cut in Parwaz e Junoon. That meant for continuity I did sometimes have to wear a wig, which of course I would prefer not to have had to do.

What was the most memorable scene for you in YKS?

How do you prepare for a role?

Well it really depends on the character. Salar in Sammi was not nearly as complex as Dr. Asfandyar and so required less introspection. At some stages in filming YKS, I found it important to withdraw from other people to get into the right mental space as Dr. Asfandyar. Asfi on the other hand was probably just a happier version of myself. Although I’m not a method actor by any means, I did do proper research on how a doctor would deal with the medical scenes in the drama.

Do you identify more with the long-haired fun-loving Asfi or the more serious Dr. Asfandiyar in Yakeen Ka Safar?

I would say short-haired Dr. Asfandyar. He thinks more about life, is more driven and is more grown-up than Asfi.

Who styled you for your change from Asfi to Dr. Asfandyar?

Actually it was my own idea. One of the things that intrigued me about the character right from the beginning was the incredible transformation he goes through and I thought this should be reflected outwardly too. I always knew that when I moved from Canada and started working here, I would have to cut my hair but I was waiting for the right moment. The change in his appearance mirrors the way he changes inside and I’m grateful to my director Shahzad Bhai for allowing me the freedom to mould my appearance accordingly.

Any successful Pakistani actor is always asked if he would like to work in Bollywood? What’s your take on that?

Personally, I just want to work with anyone who wants to tell a good story well. I don’t think an actor should confine themselves by borders. In February I’m heading back to Canada for a role in King Lear with the Shakespeare Company there. I’m a huge fan of Quentin Tarantino, he’s a fantastic director and I love the way he tells a story. I think our industry in Pakistan is at a very interesting time and, if we focus on good stories and good scripts there’s a lot we can do here too. I’m prepared to work anywhere – Hollywood, Bollywood, Lollywood or elsewehere, as long as the script is good, it’s the right director and the role is interesting.

Do you find a difference between acting for film and television?

I’m still at a very early stage of my career but yes, there is of course a big difference. Television is a very intimate medium, you’re in people’s homes or on their phone screens. There’s a greater level of nuance in acting for television whereas in film everything is bolder. With a much shorter, tighter time to tell a story and a bigger canvas to play on, your reactions and emotions have to be correspondingly bolder. Sometimes I would think that I would be taking things too far but when I saw the scene on the monitor, somehow going bolder seemed to work. But ask me this in five years time – I still feel I have a lot to learn. 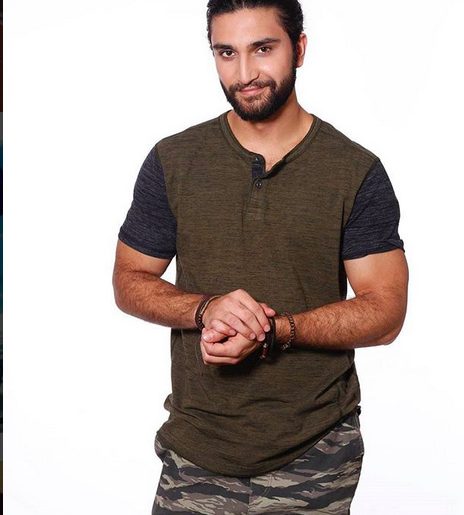 Did you ever feel pressurized to become an actor? After all, your grandfather is one of the pioneers of Pakistan’s film industry and your father’s acting career has been memorable. As they say, often a doctor’s son ends up being a doctor.

I never felt any pressure from my family to become an actor, this just became my own dream. I caught the acting bug in Grade 8, when I was 13, while playing Macduff in a school production of Macbeth. For years I juggled studying business and acting, but one day I knew that to make it as an actor, I would have to commit to acting. I switched from studying business to studying Drama and haven’t looked back since.

What advice would you give to other aspiring actors?

I would tell anyone with a dream, whether it’s acting or music or anything else, that you have to ditch Plan B. You cannot succeed if you are dividing your attention between your dream and a back-up career – if you are devoting time to Plan B, then you’re not giving your dream your best shot. In fact if you keep calling them dreams, they won’t ever happen; make them your goals and plan for them. If there’s something that you want to succeed at, commit to it – give it your heart and soul.

The success of YKS has raised expectations from you – is that daunting?

Yes of course it is. While the experience has been wonderful, I am very aware of the weight of expectation but challenge is always important to grow as an actor and as a person. I have the opportunity to work with some inspiring people and am looking forward to some exciting new projects.

So what will we see you in next?

My film, Parwaz e Junoon, is set to release in December and you will see me in a completely different avatar in that. My next serial will be Aangan and I’m very excited to be working with Ehtesham Bhai on that. He took my audition for YKS as Shehzad Bhai was busy, and I remember being impressed his precision and depth even in that short time. I’ve wanted to work with him ever since. Aangan is a period drama with another strong story, and it will be fascinating to create that partition-era feel. It’s a very different role and that is exciting.

Do you have any message for your fans?

Thank you all so so much for watching and for all the love. I’ve really tried to respond personally to all the messages I’ve received on social media but recently there have been so many that it was impossible to keep up. I just want you all to know I really appreciate your love and support, it means a lot to me.