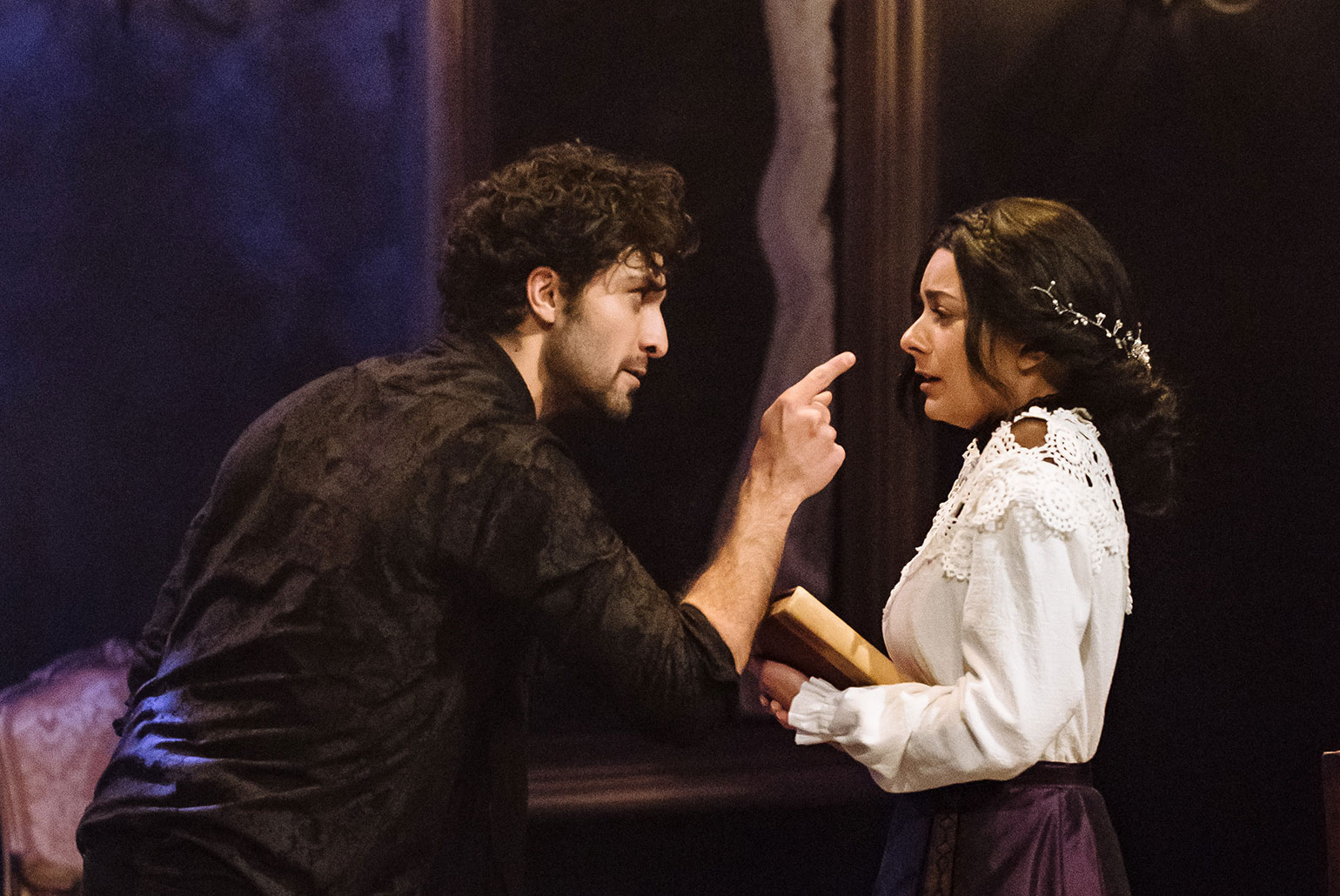 Ahad Raza Mir is performing in Hamlet in Calgary, from March 20 to April 13, 2019 at the Vertigo Theatre. Tamania, aka Urdu Mom, is on the spot in Calgary to review for Karachista.

Spring comes in Calgary this year not just with the prospect of great weather but to the delight of Ahad Raza Mir fans: the amazing opportunity to see him live in theatre. Ahad is playing Hamlet in a production by The Shakespeare Company and Hit and Myth Productions. As Ahad returns to his theatre roots in his hometown in Canada, Calgary becomes the envy of Ahad Raza Mir fans worldwide. But don’t worry, we have an inside scoop on the experience along with a special interview!

I attended Hamlet on March 20, the first night of public viewing of the Shakespeare classic. Vertigo Theatre is located at the base of the Calgary Tower in the heart of downtown Calgary. As a Pakistani-Canadian my heart swelled with pride to see Ahad Raza Mir’s name bold and center as the lead playing Hamlet. Ahad’s fans were swarming into the theatre and his poster was a favorite spot for fans to get their pictures taken.

As the doors to the theatre opened, we walked in with great anticipation. The scene was set for the haunting story of Hamlet with low lights, smoke and a ghastly backdrop. No photography was allowed inside the theatre and it was a blessing indeed since we could enjoy the performance without any distractions.

The whole cast, production team and the director created an unforgettable immersive experience for the audience. We felt part of Hamlet’s world and our hearts quivered at the various turns. 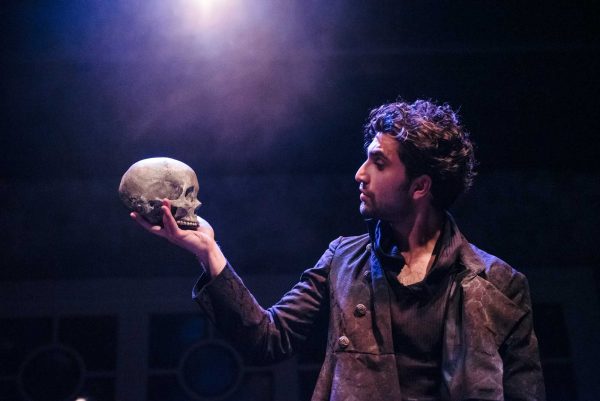 Ahad truly owned the character of Hamlet and did full justice to it. He showed us the angst, despair and madness of Hamlet. His expressions, body language and voice, all told a story. As a fan of Ahad’s work from TV and film, it was a treat to watch him perform two feet away. Theatre is a different and difficult medium and that too with long lines in Shakespearean English. Ahad showed his mettle as an actor and delighted the audience with the depth of his talent.

Ahad began his acting career in Calgary and treats the Shakespeare Company as his home. Checkout our interview with him about his theatrical journey here. He has come back to theatre after three years and is thrilled to be back on stage. When I asked him how it felt to perform in front of his fans at theatre, this is what he had to say:

“I don’t really think of who I am performing in front of, and this has been this way since the beginning. I like to bring the audience in with me. Now it’s very interesting performing because some people have expectations because they have come to see me. Before this I was in a show where I was a nobody and people came to see the show. Now when they come to see the show because I am in it, it is an amazing feeling. I am especially proud because every show that we have had, 50% of the audience is South Asian. When I talk to these people after the show, this is the first time most of them have come to theatre, let alone seen Shakespeare. So the real accomplishment is that we have gotten a demographic that had never seen theatre, never seen Shakespeare, come and experience how beautiful it can be.” 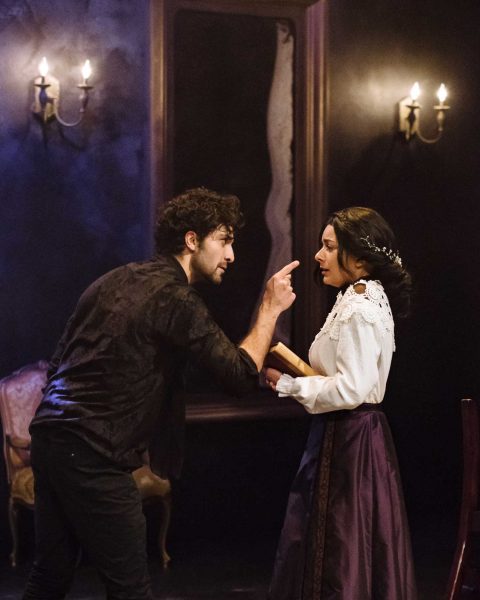 Ahad is being recognized as quite a crowd puller at the theatre since more than half of the audience at every show are there to see him. He is being equally praised by both his existing fans and the new ones he has made because of his performance as Hamlet. This is what Ahad said about representing Pakistan:

“It our responsibility how we represent Pakistan when we are in Canada and it’s a very fine line of the idea you want to give. So if through a performance I can change people’s perception about Pakistan there is nothing better. “

Ahad urges all his fans to come see him perform Hamlet in Calgary. I would ofcourse go see it again if I wasn’t afraid of my husband disowning me!

Thanks Ahad for putting Calgary on the map! 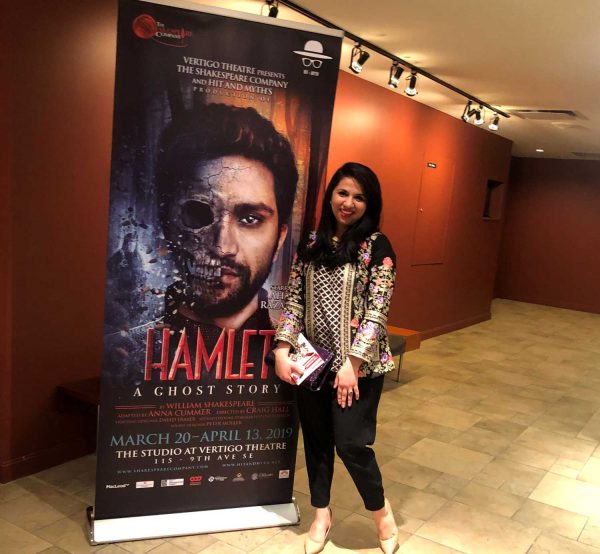