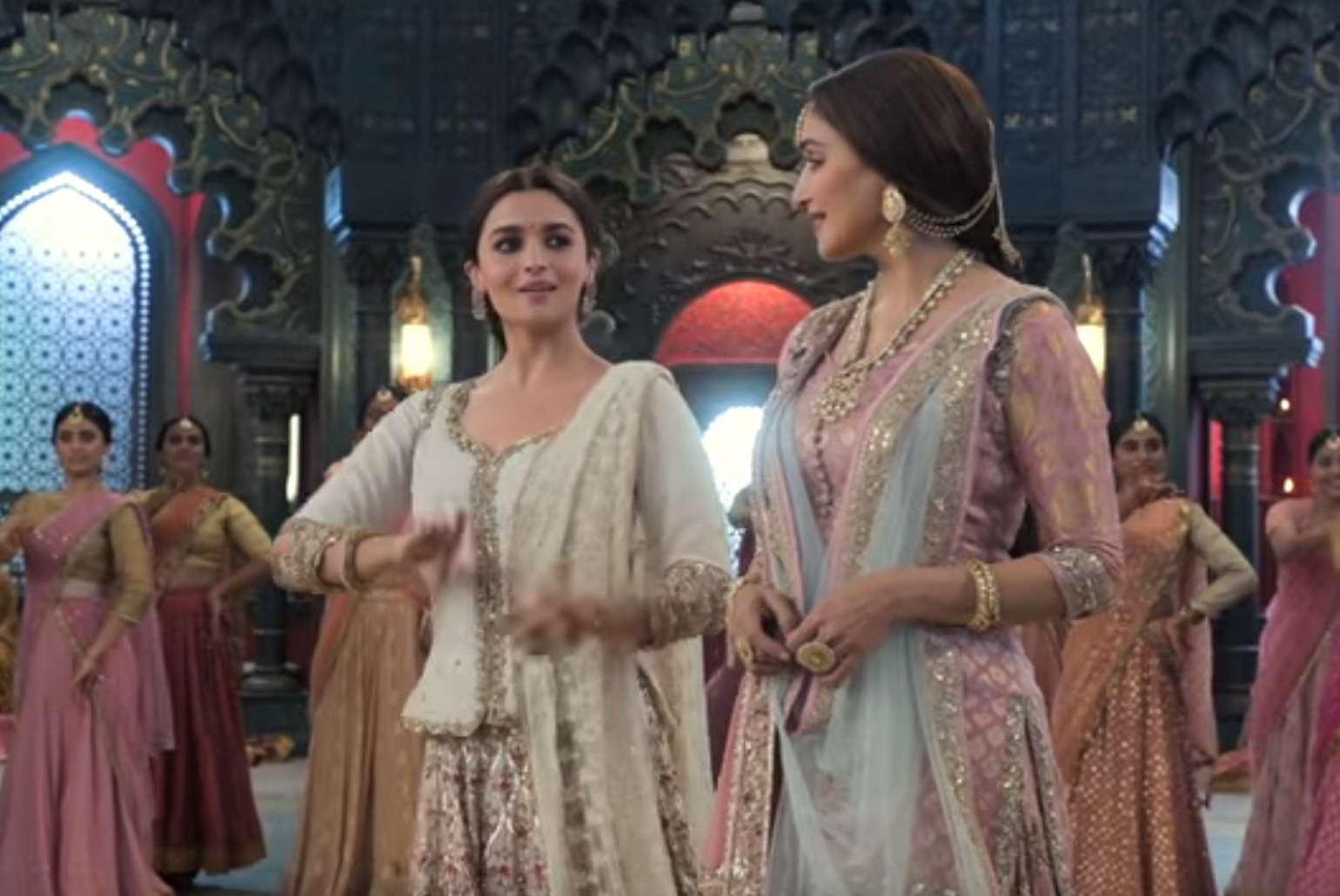 We’re obsessed with the styling in the upcoming Bollywood movie Kalank starring Madhuri Dixit, Alia Bhatt, Sanjay Dutt, Varun Dhawan, Sonakshi Sinha and Aditya Kapur. We haven’t seen much of Sonakshi yet in the song releases but we’re simply loving the styling of Alia and Madhuri.

It’s Bollywood so of course Alia Bhatt seems to wander through markets in elaborate ghararas but hey we’re not complaining. We especially love the details on this look – the white on white embroidery, the multi-coloured gara-type embroidery border on the dupatta and sleeve and the gathered lace detailing on the cuff. Another favourite is the gharara below with the yellow dupatta – the embroidered floral borders on the dupattas, sleeve and neckline seem to be a common theme that we’re loving. 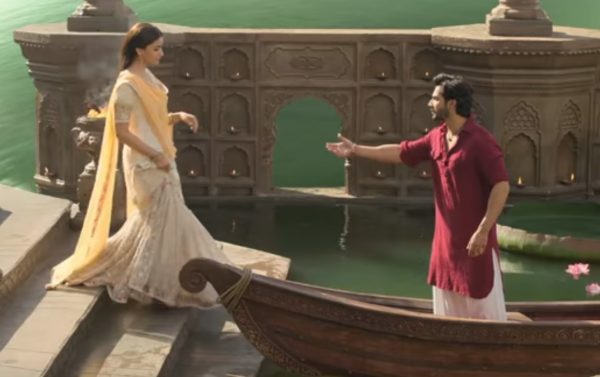 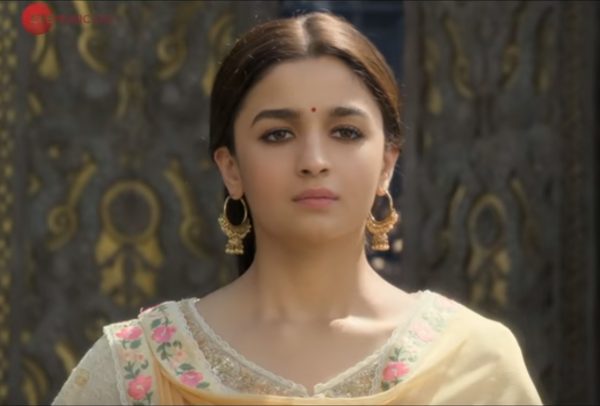 The soft pastels set against ivory are so deliciously summery and feminine, we’re totally going to be scouring the markets for a similar look to give to our tailors! Oh and check out the baby-doll puff sleeve on the next pic – how cute is that? 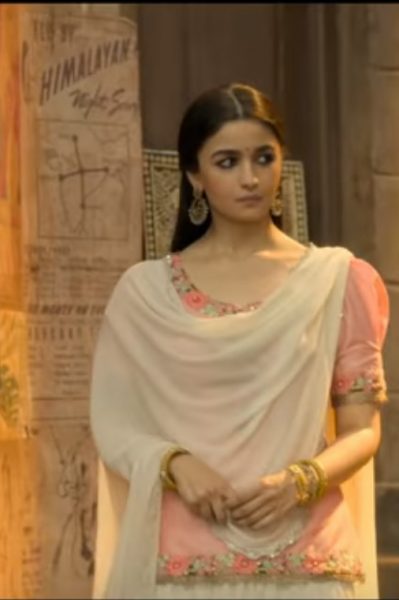 As for Madhuri, she looks incredible in the few glimpses we’ve seen in Kalank. In Ghar More Pardesiya, she glows in a pale pink jamawar outfit with a mint green dupatta, more than holding her own with the much younger Alia Bhatt. 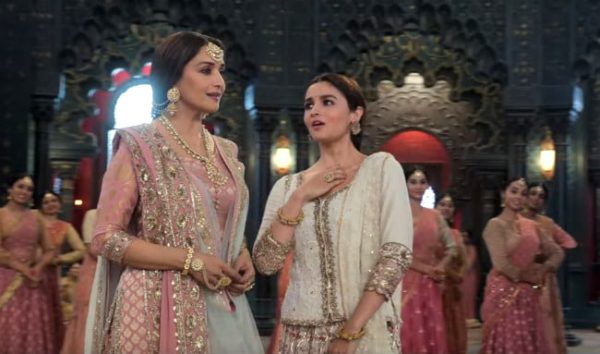 Madhuri being held up as ageless or the epitome of ageing gracefully is however misleading because she has an entire team of nutritionists, trainers, doctors, aestheticians and stylists behind her. I don’t mean to denigrate her in any way – she’s one of my favourite actresses of all time, as talented as she is beautiful. The seemingly effortless grace of dancing puts many younger actresses to shame – but that’s not just talent, it’s also practice and hard work. 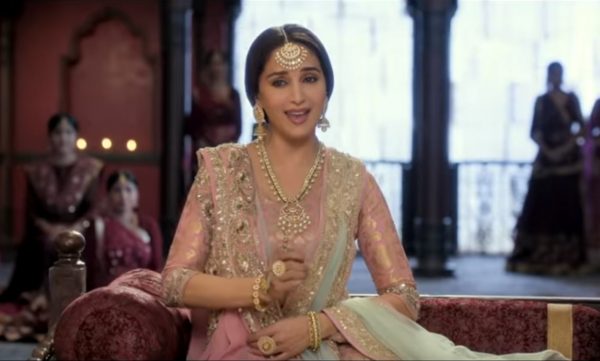 She doesn’t look quite as young in Tabaah Ho Gaye but still looks spectacular. Everything from the styling to her expressions and gestures are simply brilliant. Her look in the song is particularly interesting for the drop-waisted style of her peshwaz, which elongates the torso.

We also loved the dabka and zari embroidery on the outfit – and on the chaddar she wears as she enters the scene. How gorgeous is that?!

If we ever get to see the movie and find out more about the styling, we’ll do a proper styling post like we did for Ram-Leela, Bin Roye and others. Meanwhile, you can check out how this outfit moves in the music video below: