Aurat March: the good, the bad, the ugly 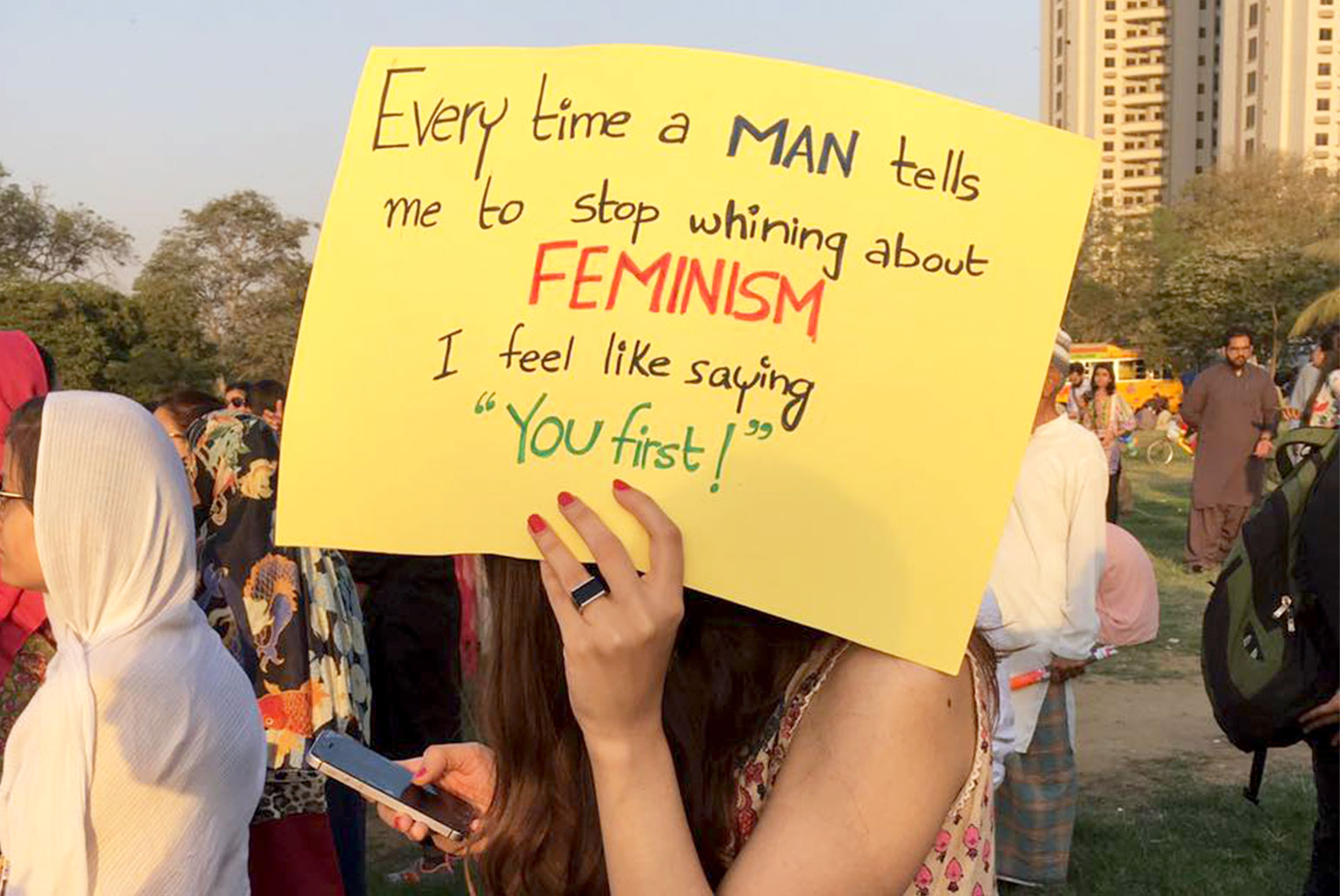 Aurat March this year made quite an impact – some of it for the right reasons and some of it for the all the wrong reasons. Everywhere that it was held, the event attracted women of all ages and backgrounds and there was an atmosphere of camaraderie and determination to change the status quo.

The organisers spoke about serious issues such as gender discrimination, freedom of expression, pay gaps, sexual violence and honour killings. But what got the most attention was the myriad of slogans and posters that the marchers carried. 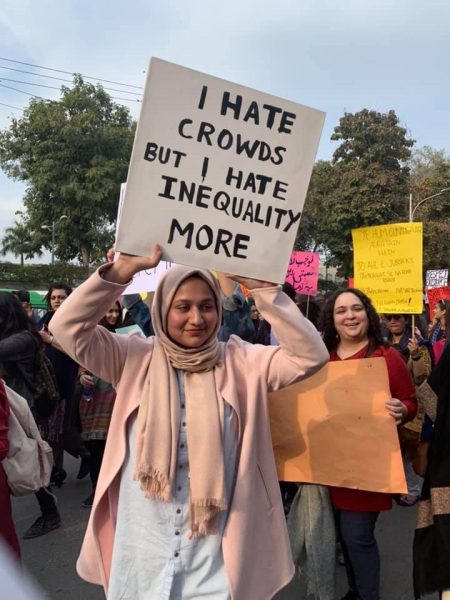 Many addressed serious issues with wit but others perhaps got carried away in their anger at societal pressures and rest-assured, internet trolls did not hold back on the event either. Many perfectly harmless slogans were photoshopped and altered into offensive messages that went viral. Many did not and still do not know that the images were doctored – we know of one woman who gave a long speech at an event condemning ‘westernised’ marchers. Her rant was based entirely on the doctored images and neither she nor her audience realised that the images were fake. 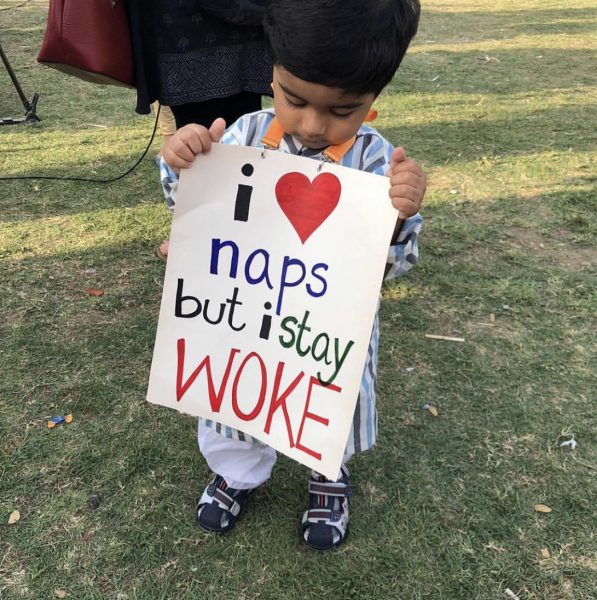 Starting off on a pleasant note, these are the posters that give us life! They’re witty, they’re kind but most of all, they’re true to their purpose. (We’ve translated the urdu ones to roman urdu in the captions and translations are given at the bottom for those who don’t understand urdu)

It was wonderful seeing men take part in Aurat March too, instead of trolling females behind computer screens. Our favourite has to be to be the man holding a placard saying “Read the other posters, men have said enough.”
After the furor at last year’s slogan at Aurat March of “Khana khud garam karo” (heat up your own food), a select few posters had witty follow ups like  “Khana garam karna seekh liya?” (have you learnt to heat up your food) or the fabulous ” Ao Khana Saath Banaye” (Let’s make the food together). Another opined “Mujhe kya pata TUMHARE mozay kahan hai?” (How would I know where YOUR socks are?)

These resonated with many wives and sisters but many felt that slogans are more about bashing men than they are about feminism. There is real disconnect in the feminist movement here. Everyone agrees that Feminism means to not be oppressed but for some the focus is equal rights, equal work wages. They don’t think that being expected to heat up your husband or your brother’s food or find their socks is that big a deal. For others, being expected to serve their menfolk is a huge deal and equality should extend into the home. Western feminists may be talking about emotional labor but here in Pakistan women can’t even agree on what they’re fighting for. Yes, some women have the luxury of servants but many are expected to fetch and carry for their menfolk, even if they are also working or studying or a new mum or juggling multiple responsibilities.

Then there are the quotes that aimed to shock or got lost in translation. The cartoon of the woman man-spreading saying “Lo beth gayee sayee se” (There, I’m sitting ‘properly’) was perhaps meant to lampoon the double standards in the way boys and girls are treated, or perhaps it was just an expression of frustration at the way girls are always nagged to be ladylike. Either way it offended many people. There was one that said I’ll heat up your food but you heat up your own bed which also offended many. Similarly, people didn’t understand “Main Awara, Main Badchallan” (‘I’m licentious, I’m indecent) – in fact we don’t get it either. Why was she calling herself Awara or Badchallan… was it a failed attempt at sarcasm? It’s quotes like these than make Aurat March seem more of a laughing stock than something influential and groundbreaking, which is what it should be.

The “D*ck Pics Apnay Pas Rakho” (keep d*ck pics to yourself) also got a lot of backlash – but for all the wrong reasons we feel. The chattering classes objected to the girl mentioning something so indecent but surely women should speak up against harassment of this sort. It’s shocking to talk about such things but isn’t it more shocking that men think it’s okay to send them. The more we revile women who speak up, the easier it gets for harassers to get away with what they do. 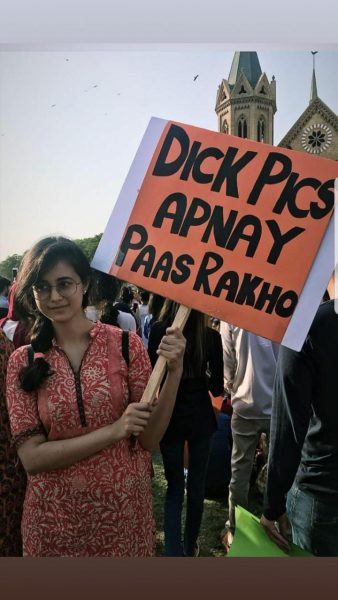 And then we come to the internet trolls photoshopping something to turn it into a vulgar meme so they can laugh at it with their friends – there’s a special place in hell for them. Ao Saath Khana Banaey became ‘Ao Saath mein Naey” (come let’s bathe together). A placard on consent became a request for sodomy while the cartoon of the woman man-spreading attracted various vulgar captions. More insidiously, some captions were subtly changed to say things to sound believable yet reprehensible. In most cases, vulgar photoshopped versions were circulated with the women’s actual pictures (in our gallery below, we have obscured their faces because these are not the slogans they chose to carry). Whether the intention was to be funny or, more likely, to defame women and the Aurat March, remember that these are vile people hiding behind internet anonymity. No matter how offensive or angry the actual placards at the Aurat March were, the women who carried them had the courage to stand by their words. The anonymous trolls not only made genuinely filthy memes, they are cowards hiding behind a keyboard. The women who marched showed guts – if their placards were angry or provocative, at least they owned their words.

The amount of backlash created by a few placards is incredible but maybe those getting het up should think about the depth of feeling of the marchers. Why do we as a society want to police women’s behaviour more than men’s?