Looking for a new show to watch? Web Series offer some of the best new entertainment around. Typically available on YouTube, web series are cooler, edgier and more original than most TV. With much shorter episodes, sometimes as short as a few minutes, you can binge-watch an entire season on one Sunday and still have time for dinner with friends.

Covering genres as diverse as alternative comedy, drama and science fiction, web series take more risks than TV and have a much fresher feel. This is particularly true of the best Indian web series, which are light years away from the tired saas-bahu tat on cable. Shows like Pitchers from TVF and Permanent Roommates are funny, realistic and gripping. Some of the best web series have graduated to the mainstream; for example The Diaries of Lizzie Bennet won a PrimeTime Emmy while High Maintenance has been picked up by HBO.

We’ve cherry-picked some of the best web series in recent years from the US, India and the UK – if you’re looking for entertainment,

15 Web Series you must watch

An Indian series, about 4 friends, who enter the business world by launching their own start-up company. Naveen becomes angry for not getting a project from the company in which he works, gets drunk and resigns. At the same time, he receives news of his “B-Plan” reaching the final round of a start-up conclave. This sets off a chain of events in which the four friends rediscover what they really want in life, and the challenges they face in getting their start-up idea off the ground.

Another refreshing Indian show, revolving around a young urban couple Tanya and Mikesh. After being in a 3 year long distance relationship, ‘Mikki’ quits his job in the US and packs his bags to head back to India to re-unite with Tanya. As they face the prospect of marriage, they face the trials and tribulations of what they really want as individuals. This is a light hearted series with great actors and humour,  and keeps you hooked as you see how the couple explores the intricacies of a modern day romance.

“My name’s Lizzie Bennet and this is my life.”  A ground-breaking modernisation of Jane Austen’s classic Pride and Prejudice, this web series became the first digital series to win Emmy Award. Lizzie is a grad student living at home, vlogging her life for her thesis in mass communication. Her mum is obsessed with her daughters marrying well, rebellious younger sister Lydia just wants to party while older sister Jane’s promising romance with the wealthy med student Bing Lee falters. The antagonistic relationship with the gorgeous brooding Darcy and a suitably amoral Wickham are worked into a thoroughly modern script that remains true to the spirit of the original book. Funny and original, with a talented cast, this web series became a word of mouth hit and is a must-see.

4. Comedians in Cars getting coffee

This web series, features veteran comedian Jerry Seinfeld showing up with a vintage car at a guest comedian’s premises.  Seinfeld takes his guest for a drive and then they proceed to a café or restaurant for coffee. Seinfeld has a great line up of guests, including the likes of Barack Obama, Jim Carrey, David Letterman and Sarah Jessica Parker.

Another popular Indian web series is ‘Bang Baja Baraat’, depicting the not-so-smooth side of putting together a wedding and all the stress that goes behind it. This series takes on a fresh perspective of desi weddings, which is something everybody loves and are a big part of our culture. This series is about a wedding where a lot goes wrong between two dysfunctional families, and how the groom and bride to struggle to put things together. Containing some great actors and enlightening humour, this is a series that will keep you hooked.

This thrilling series has a massive following. The show explores the subject of transhumanism, ie technology enhanced humans – is this where google glass could lead us?   The series is based on a future where one-third of the world’s population has an implanted computer, named H+, which connects the human mind to the Internet 24 hours a day. The story depicts the effects of a virus which infects the H+ implant. Concurrent episodes go back and forward in time to different settings, and various characters’ viewpoints narrate the story. With short and impactful episodes not spanning more than 5 to 6 minutes, the show will have you on the edge of your seat.

VGHS is an elite and prestigious facility that teaches a curriculum of video games of all genres. The series is set in the near future where video gaming elevates its best players to stardom by its position as the world’s most popular competitive sport. The show’s protagonist, BrianD, gains entry to the school after unwittingly defeating “The Law”, an international first-person shooter star, on live television. The show follows BrianD and the friends and enemies he makes at the school, playing on standard tropes of school dramas with a video game background. The show uses live-action scenes with the characters to show action within the games. Since its release in 2012, the series has acquired a cult following and has been viewed over 100 million times on various online platforms.

Save Our Skins, winner of the ‘Best British Series’ at the Radaince Web Fests is a new comedy science fiction adventure web series.  This is the story of two British guys, Ben and Stephen, who wake up in New York City to find that the human race has disappeared. As they explore the world before them, Ben and Stephen begin to find other not-so-friendly forms of life wandering about the planet. As Ben and Stephen encounter more dangers; psychotic fellow survivors, ghostly aliens, ravenous monsters they also try to find out where the rest of the human race has gone, and make their way home.

This web series is shot throughout various neighborhoods in Brooklyn and Manhattan. Each episode is between five and twelve minutes in length. The show follows a nameless marijuana deliveryman called The Guy (played by Sinclair) as he delivers his product to clients in New York City.Each episode focuses on a new set of characters as they all procure their cannabis from Sinclair’s character. The show is so popular that it was recently picked up by HBO.

Winner of the webby award in 2013, this web series features Neil Patrick Harris, who lives with his partner David Burtka and new born baby. The show is a series of dreams that Neil has, which are in puppet all with puppet characters. Each episode starts of with Neil saying “Hi, I’m Neil. I sleep a lot and when I dream, I dream in puppet.” He then promptly falls asleep and has a puppet dream. Funny, irreverent and engaging, this is definitely not the Muppets.

11. The Misadventures of Awkward Black Girl

This is an award winning American series about the everyday trials and tribulations of J, as she goes about in her daily life. The story is narrated in the first person by J, about her interactions with co-workers, her dwindling love life and how she deals with uncomfortable situations. Apart from being awkward and black, J describes herself as being ‘passive aggressive’ and reveals how she feels about her circumstances through voice-over or dream sequence. Socially uncomfortable and engagingly normal, J’s misadventures will strike a chord with anyone who’s ever obsessed about what they would have done or said if they were more quick-witted.

I Hate Being Single is about the life of Rob, a 20-something who struggles to find his place in the confusing world of friends, relationships, parties, and dating in Brooklyn. The cast is made up of NYC comedians from the Upright Citizens Brigade. Fresh and humorous, this isn’t your typical take on single life.

The series stars Brad Bell and Sean Hemeon as a newly married couple. Coined as the world’s first marriage equality comedy, this show adds a modern twist, to the classic premise of the newlywed sitcom.

After six weeks of courtship, an actor and a baseball player travel to Las Vegas in celebration of a federal amendment for marriage equality, only to wind up drunk-married to each other. Fearing that a public divorce would be devastating to the cause, and their careers, the two decide to stay married. Hilarious and well-plotted, this alternative comedy is worth a look.

My Drunk Kitchen is a cooking show and comedy series of short videos created and posted by Hannah “Harto” Hart. The series features Hart, a 29-year-old  proofreader living in Los Angeles, typically attempting to cook or bake various dishes, or otherwise engaging in some food-related activity, all while consuming large quantities of alcohol. The series has been praised for its drunk humor, catchphrases, and the use of jump cut editing.

7p10e, (7pm pacific time and 10 pm eastern time) is about how 2 people Cora and Patrick are set up on a skype date through their friend Alison. They agree to skype every night for a full month, to get to know each other. You see their feelings unfold and relationship build up over time in truly contemporary story about relationships. 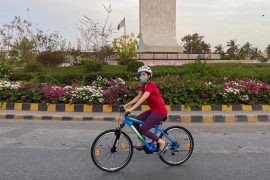 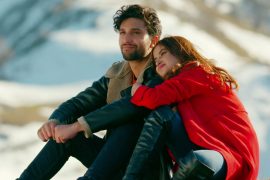 Hack Your Exams With Unorthodox Techniques