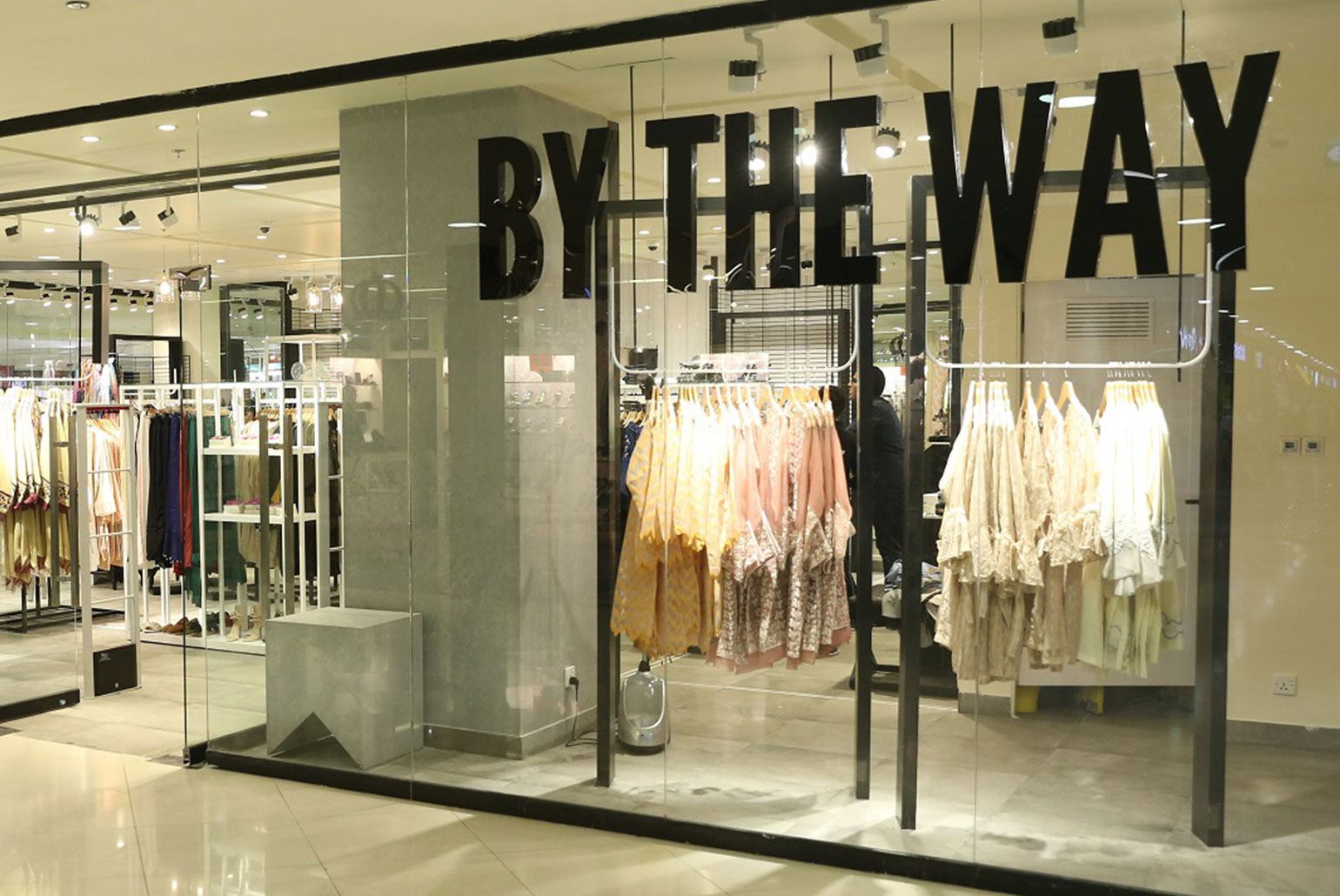 Trendy and affordable, By The Way has made a splash ever since its launch one and half years ago in Lahore. Until now Karachi-ites had to depend on friends in Lahore or shopping online to grab BTW’s fresh take on pret but now the brand has opened a flagship store in Dolmen Mall Clifton.

BTW stocks a mix of eastern pret, funky slogan tees, shoes, bags and other accessories.  BTW’s eastern pret is a refreshing change from the unending sea of lookalike digitally printed kurtas in many  high street stores. Featuring thread embroidery on a range of solid colours, occasionally embellished with beads, pearls or 3D florals, BTW’s kurtas are pretty, stylish and wearable. The current winter collection uses a light khaddar and heavy cotton which both work well in Karachi’s climate and some of the more formal outfits are in more sheer fabrics. I particularly like the fact that several of the eastern outfits offered matching trousers so you don;t have to scramble around trying to mix-and-match.

The slogan T-shirts are super trendy – one of our favourites was this one that actress Ainy Jaffry picked out at the launch:

The launch of the Dolmen Mall store featured actresses Ayesha Omer and Ainy Jaffri along with the usual sprinkling of fashion media and bloggers.

BTW now has three stores in Lahore and one  in Karachi. While its great going into store and trying out clothes before buying, you can also conveniently shop online at www.btwonline.pk