Asim Abbasi, the writer and director of Cake, said in an interview “I don’t like being direct and giving answers. A film has to have a life beyond two hours in the cinema. I want viewers to carry Cake with them after the film is over.

We’ll come to the latter part of his statement in a bit, but the first part about being indirect and not giving answers is certainly part of his film making technique – and in a good way. It is refreshing to watch a movie where the devil is really in the details and you have to pick up little clues from what you’re seeing and piece them together to understand what’s going on – and its good because in doing so, you understand the characters in a much better way. 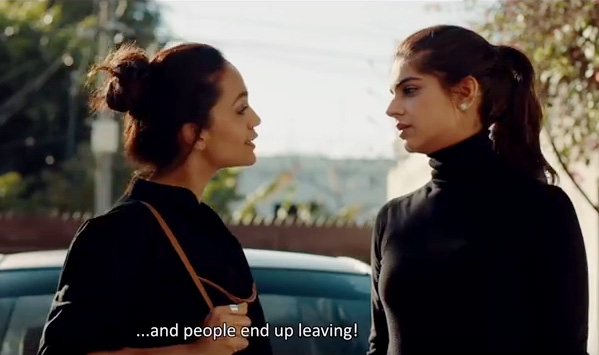 And the characters warrant understanding – layered, well-developed individuals brought to life by some of the most stunning performances I have seen to date. Sanam Saeed and Aamina Sheikh are incredible in their portrayal as Zara and Zareen – sisters at war but indubitably sisters. You can see the troubles of their lives stretching the bonds that exist between them but not quite breaking them. Adnan Malik shines in his debut portrayal of Romeo and Faris Khalid delivers a stellar, very natural performance as Zain, the older brother. Beo Zafar as the mother and Mohammad Ahmed as the ailing father are able add dimensions to the characters of Sanam, Aamina, Adnan and Faris. The performances by all the actors speak volumes not just about their individual abilities but also about the director. 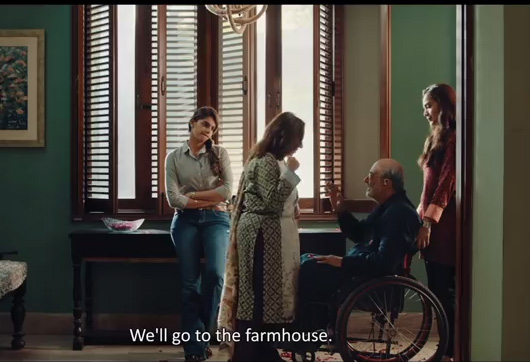 The lighting and cinematography is very well done as well. A few scenes were strangely out of focus, but aside from that, Mo Azmi has done a spectacular job bringing the story to life. The sound of the film is also unique – rather than being dubbed, all the audio has been recorded on set, giving it a lot of depth and helping the audience connect with the moments. The music for the film, picking up elements from Sindhi culture, is refreshingly different and the director’s choice to stay away from ‘masala’ is something to be admired. It’s a bold approach, staying away from elements are normally the making of a commercially successful film – the path less taken is often a scary one to take, but Asim Abbasi has bravely ventured forth.

It is, however, impossible not to draw parallels to a similar family drama film from across the border – much of the elements are the same: children who live abroad, aging parents, a significant party which sets off a major fight in the story. There are more parallels here, but to name those would be to put spoilers in this review. The fact that Kapoor and Sons was a very strong film with stellar performances puts Cake in a difficult position and it needs to deliver a punch with equal or greater strength.

The stellar performances, the great direction, the fantastic cinematography – all of those contribute greatly to the success of a film. But they are always the accompaniments to the main ingredients: a strong story and a good script. Sadly, this is where Cake disappoints. The story, while having lots of layers and sub plots, is essentially quite simple and perhaps doesn’t warrant the 125-minute length of the film. As a result, Cake drags a lot, more so in the first half than the second half. Granted, Asim’s approach of hiding clues in the details and taking time to develop the characters is different (and in a good way), but with it comes the risk of having the movie become painfully slow and drag, which it does. Making matters worse is the fact that the pace of the film keeps changing – there are long slow patches, interrupted by bursts of activity, again specially in the first half. In the second half, the action picks up somewhat, which improves the pace of the story. Towards the end, the film winds up quite well also, tying up the loose ends of the various sub plots. But once it all ends, you find yourself feeling a bit empty – perhaps unentertained is the right word. The success of Kapoor and Sons was that it ended on a good feeling – it was a tragic story but it left you feeling good. Cake is also a tragic story – it is a story of love and loss, of the reality of the bonds that bind us together – but to me, it is essentially a tragedy and the feel-good factor towards the end just isn’t strong enough.

It’s a bit like eating a meal that ticks all the right boxes – the steak is a good cut and cooked well, the sauces and sides are wonderful, the flavors are lovely – but somehow the meal leaves you feeling unsatisfied when you’re done with it. Asim Abbasi deserves great credit for taking a different approach and doing away with the ‘dancing around the trees’ – and Cake will be remembered for that. It’s just not a movie where you leave the cinema and tell your friends: you’ve got to see this. And since the acting, the cinematography and music are so good, I really wish it was.