Calling all “friends of friends”

By Salima Feerasta
March 9, 2013
Facebook
Twitter
Pinterest
WhatsApp
So the Zamzama Cafe story apparently has wings. The latest rumour on the circuit is that one of the “kidnapped” girls has been shot. My sister-in-law heard it at a salon, a friend heard mothers discussing it school and its been doing the rounds of bbm groups. I’ve been assured by a trusted friend that one of her clients knows the family but is being very tight-lipped about the whole thing. 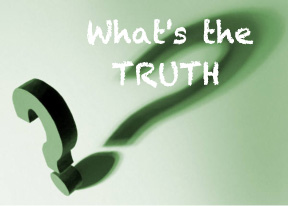 The comment from my very trusted friend was enough to shake my confidence that this story is a hoax. But consider the facts. There was one very dodgy incident at Dolmen Mall that may or may not have been a kidnapping attempt. There were reporters all over the place in minutes. The story was on every channel and in every paper. Eye-witnesses talked freely to the press. CCTV footage of the incident has been all over Facebook for days. So how could an incident have happened at a cafe like Butler’s, on a street like Zamzama, and remained unreported?

Why would no witnesses have called the press? If the “friends of friends” who were in the cafe at the time aren’t traceable by the press, why would none of the guards or drivers outside neighbouring shops speak up? Why would there not be CCTV footage from anywhere on Zamzama showing what happened. The cafe in question certainly has CCTV as do several other businesses.

If there was a kidnapping, the police would have been called. As reported in the Express Tribune today “Up till now, no one has approached us either directly or indirectly on this matter,” says Senior Superintendent Police (SSP) Clifton Nasir Aftab. “All we know is that there is fear among people who use social media websites.” Even if a senior officer had not gone on record with a categorical denial, are there no journalists giving “chai-pani” to police officers to tip them off about juicy stories?

If (Allah forbid) a girl who was kidnapped on Zamzama has actually DIED does she have no friends to put up memorials on Facebook, even if they didn’t know exactly what had happened to her? Wouldn’t there have been a funeral with distant relatives gossiping about what happened? We have many newspapers and umpteen TV channels? How could a story like this go unreported unless corroborative evidence was simply unavailable.

And yet, people feel there must be some truth to the story so here’s the thing. I want to hear directly from these “friends of friends”. If you were in the cafe at the time, please use the button below to contact me. If you know someone who was there, please persuade them to contact me. I promise on the sacred honour of journalists who have been jailed for protecting their sources that I will not divulge any names or details that would allow people to be identified. I just think its important to make sure that the real truth gets out there.