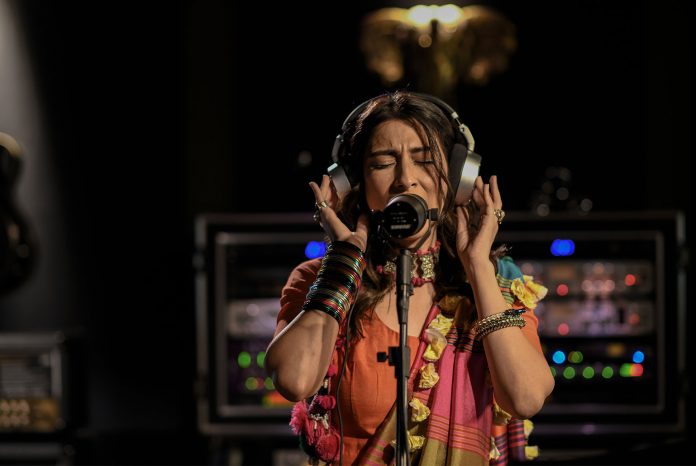 Much like the classic Bollywood hero, the wounded Coke Studio (read on, all will be revealed) staggers into the end of the metaphorical film of 2020 just in the nick of time to face the glitzy baddie, Velo Sound Station for the climactic fight scene.

‘Villainous Velo’, (dubbed thus due to its sponsor product that contains the addictive stimulant, nicotine), comes armed with glamorously lit up stages, high kicking acts, and some super-catchy pop music just two episodes in. In contrast, Coke Studio, so far, has none of this. What it does have, however, is one very powerful secret weapon-
LIVE RECORDINGS!! (‘Merey paas maa hai!’ In Bollywood speak 😝)

Or, in the more sensible words of Rohail Hyatt, producer and Sensei this season, “That’s the soul of Coke Studio. It can’t be lip synced”. 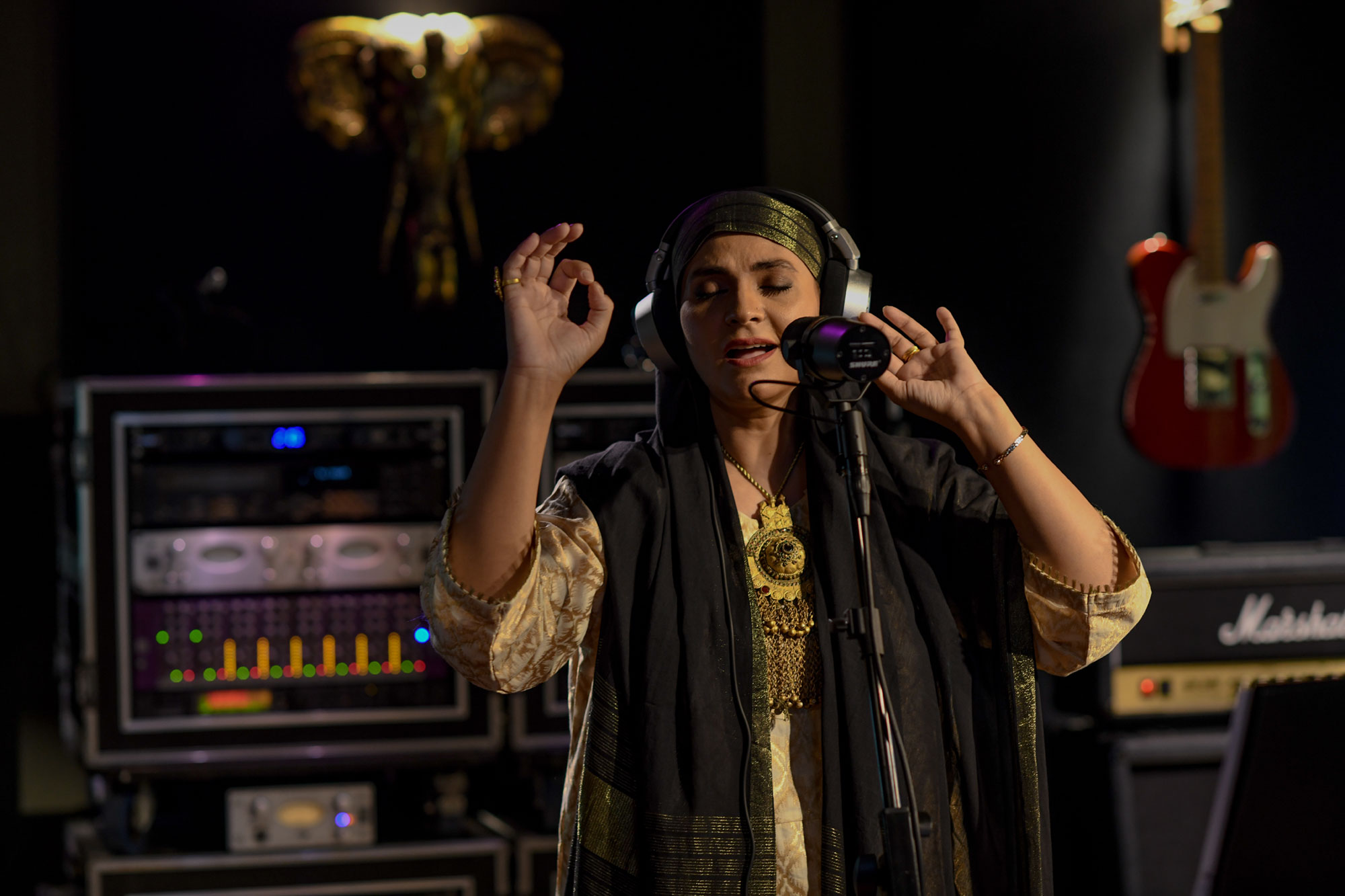 This Season, our hero has been further encumbered by the fact that initially, the grand plan had been to have a multi-producer format on a much larger scale. In fact, sets, halls and artists had all been confirmed. However Covid had other plans, and with adherence to strict SOPs it became virtually impossible to record the artists and music simultaneously.
“I don’t think the conscience can handle anyone contracting the virus (during recording)…” said Hyatt, speaking to The Dawn Newspaper. 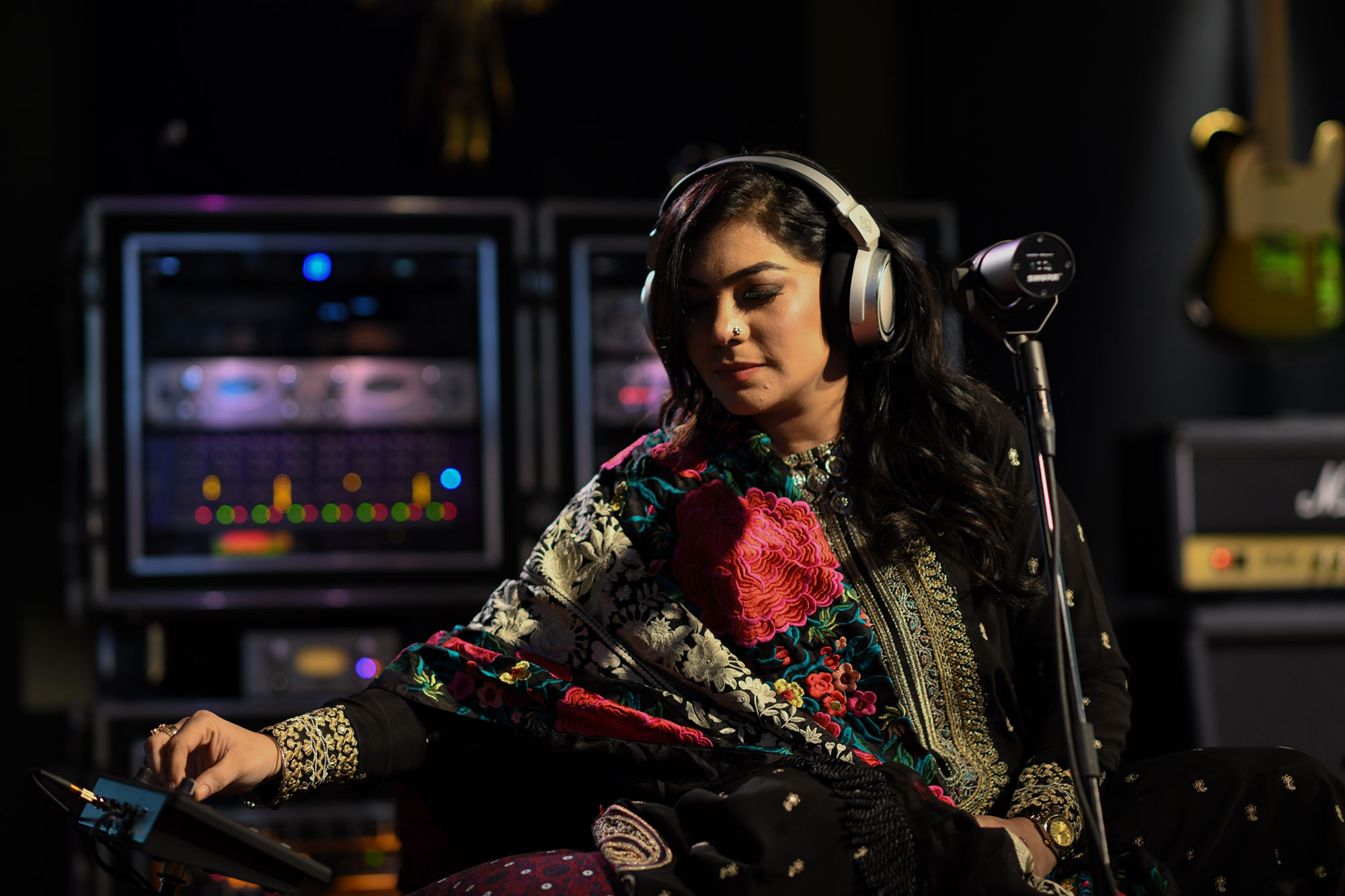 Thus everything had to change,“If you can’t adapt, you die.” The performers had to adjust to using new recording software in the safety of their own homes, that was then linked to a central server. Also, all rehearsals had to be conducted remotely, quite a Herculean feat to accomplish, given the circumstances. Luckily, for the final videoshoots, lockdown was lifted, or the stars would have had to resort to shooting them on their phones! For the same reason, there are no regional artists this season, only urban ones. Being such a unique production this time round, it has not been made part of the Coke Studio series, so won’t be called Season 13, but Season 2020 instead. 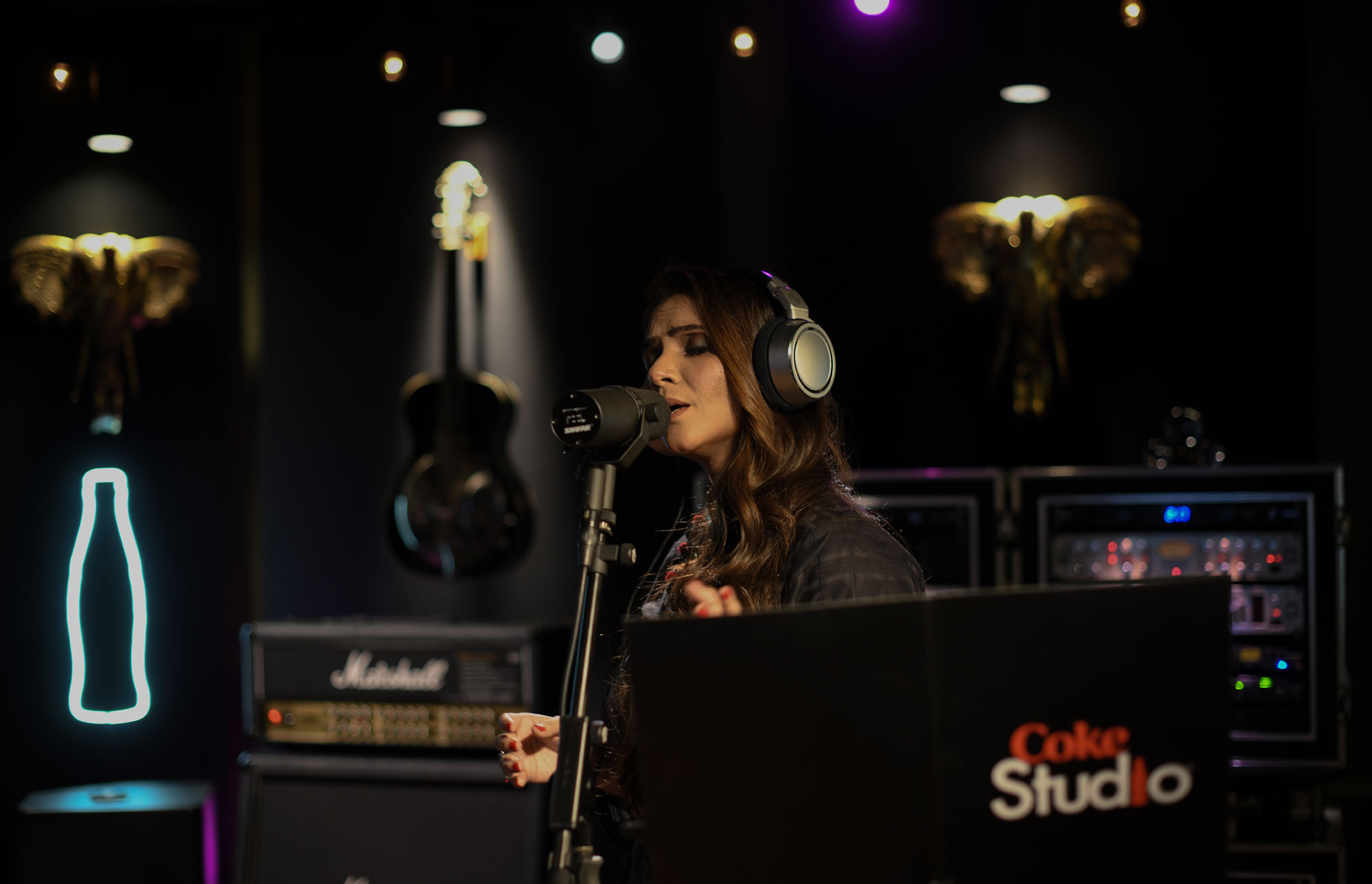 For the opening number Na Tuteya Ve, I particularly appreciated the fact that the lyrics were tweaked to elevate it from a mere song of heartbreak ‘Dil Tutteya’ to an anthem of resilience : ‘Unbroken’.  But sadly, I didn’t feel exceptionally charged by what should have been an empowering sound. It seemed to be lacking slightly in fire and zing, as if it needed to erupt into more of a crescendo, especially with that volcano of talented voices. Somehow, it felt like it didn’t quite take off, perhaps because all the artists had to be recorded individually and layered together later on. However, Meesha Shafi’s piece gave the song an interesting twist, and we now know that Bohemia isn’t the only rapper of this season…. 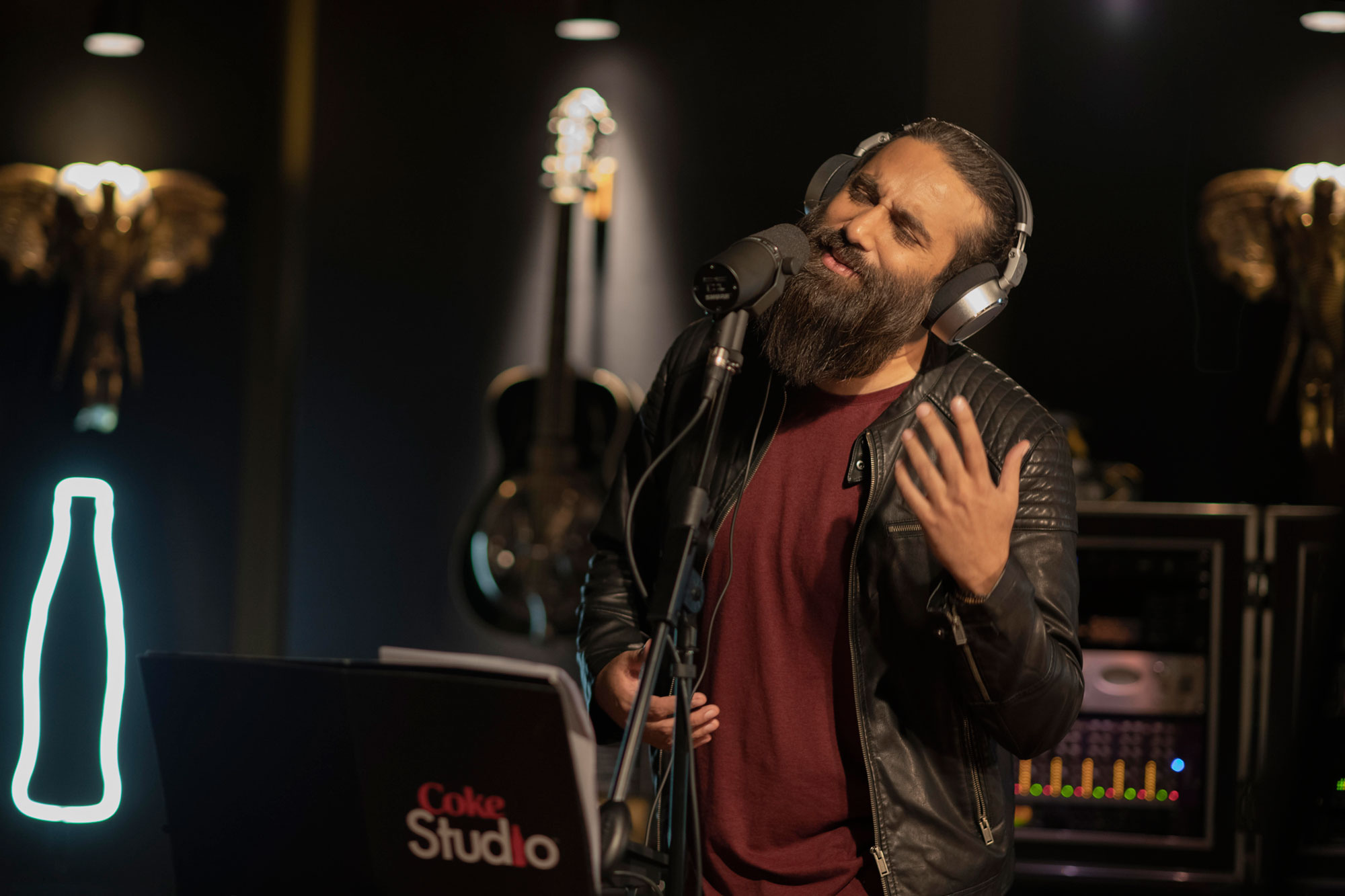 Jaag Rahi, with Fariha Pervez and a trio of perfectly harmonising backing vocalists creates an enveloping atmosphere of serenity and otherworldliness. Aimed as a contemporary take on a Thumri in ballad form, echoing the legendary love of Saasi and Punnuh, it resonates more with us through Fariha’s alternate interpretation. She performs it as more of a devotional Sufi song embodying Ishq e Haqqiqi. The love and longing in the lyrics is almost tangible in her soulful portrayal. The expertise in her vocal runs, where she extends the ‘kahaan’ at 5:19 (which I just discovered via a student of classical music, is called an Alaap) mirrors her yearning and sleeplessness in the face of her love of the Creator; the late night being the time of prayer and connection as the Almighty draws closest to the Earth.  Not to forget, the addition of Ali Noor at the interlude, skilfully complements the pace and tone set by Fariha and gels well with the soundscape as a whole despite it being from the Ishq e Majazi perspective. 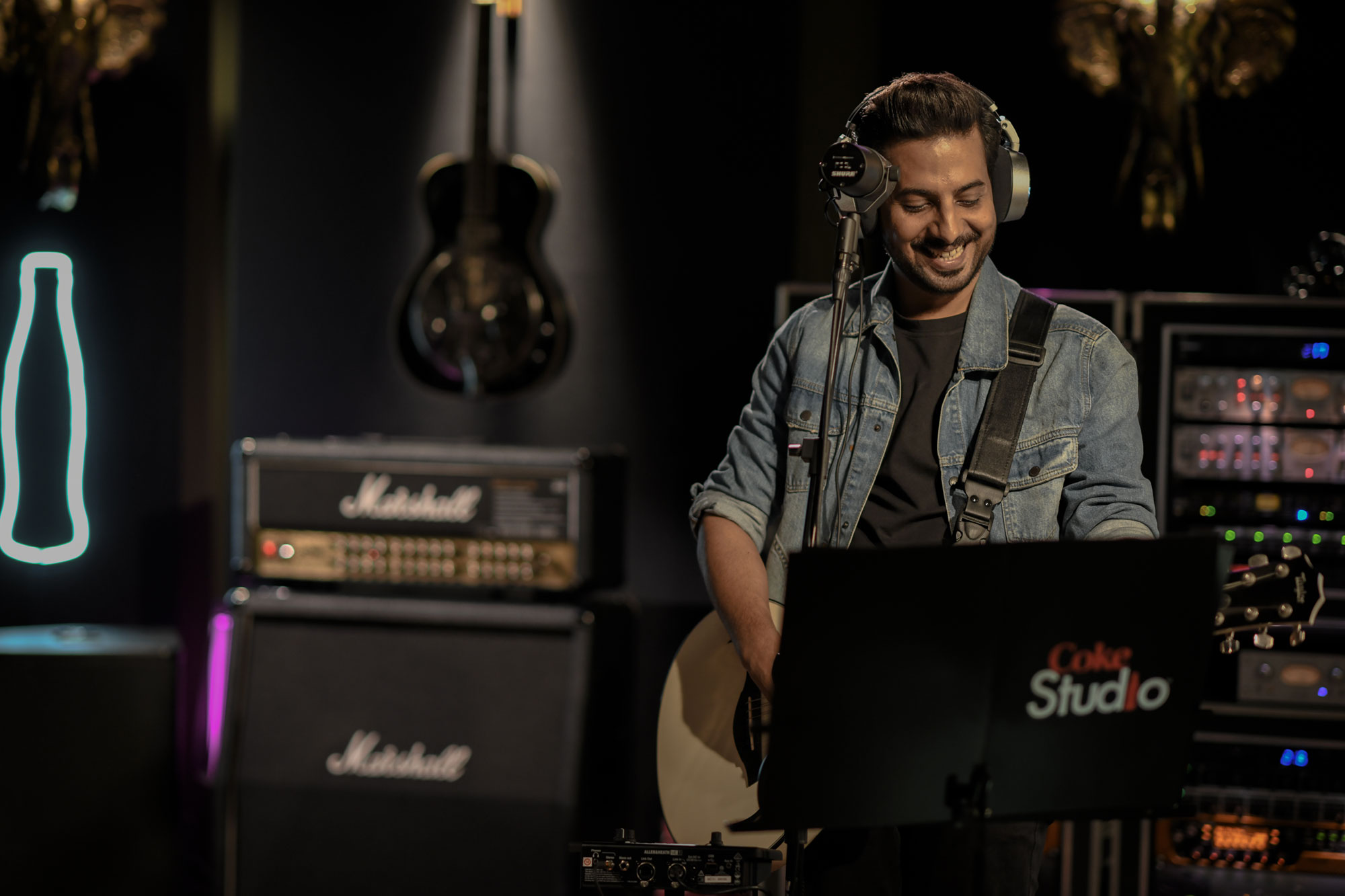 And now with regard to Mehdi Maloof, I must admit, at first, like several hundred other netizens, his Dil Khirki had me baffled. I was not at all familiar with his quirky Indie style, but having listened to his body of work, (I recommend Gandi Si Building, the video is refreshing) I realised that his monotone was intentional, and towards the end of the song, with the chorus, the melody is actually pretty catchy. The song deserves a couple of replays, it grows on one, and the lyrics are definitely insightful. His playful, somewhat satiric spin on music masks deep and often dark themes, feeling like a more refined version of Dr. Aur Billa.

On the whole , the opening episode of our old hero Coke Studio, was not as exciting as Villainous Velo’s Sound Station, nor as well received. Fans are lamenting the noticeable absence of Atif Aslam who seems to have been lost to the dark side. It remains to be seen how double agents such as Umair Jaswal, and Meesha Shafi fare in the Coke realm as they have dazzled in their Velo backed numbers (don’t miss Meesha’s version of Boom Boom!) Plus Coke has yet to unleash the might of Rahat Fateh Ali Khan…. Velo may be the victor in this battle, but the war is still raging and we look forward to ringside seats!