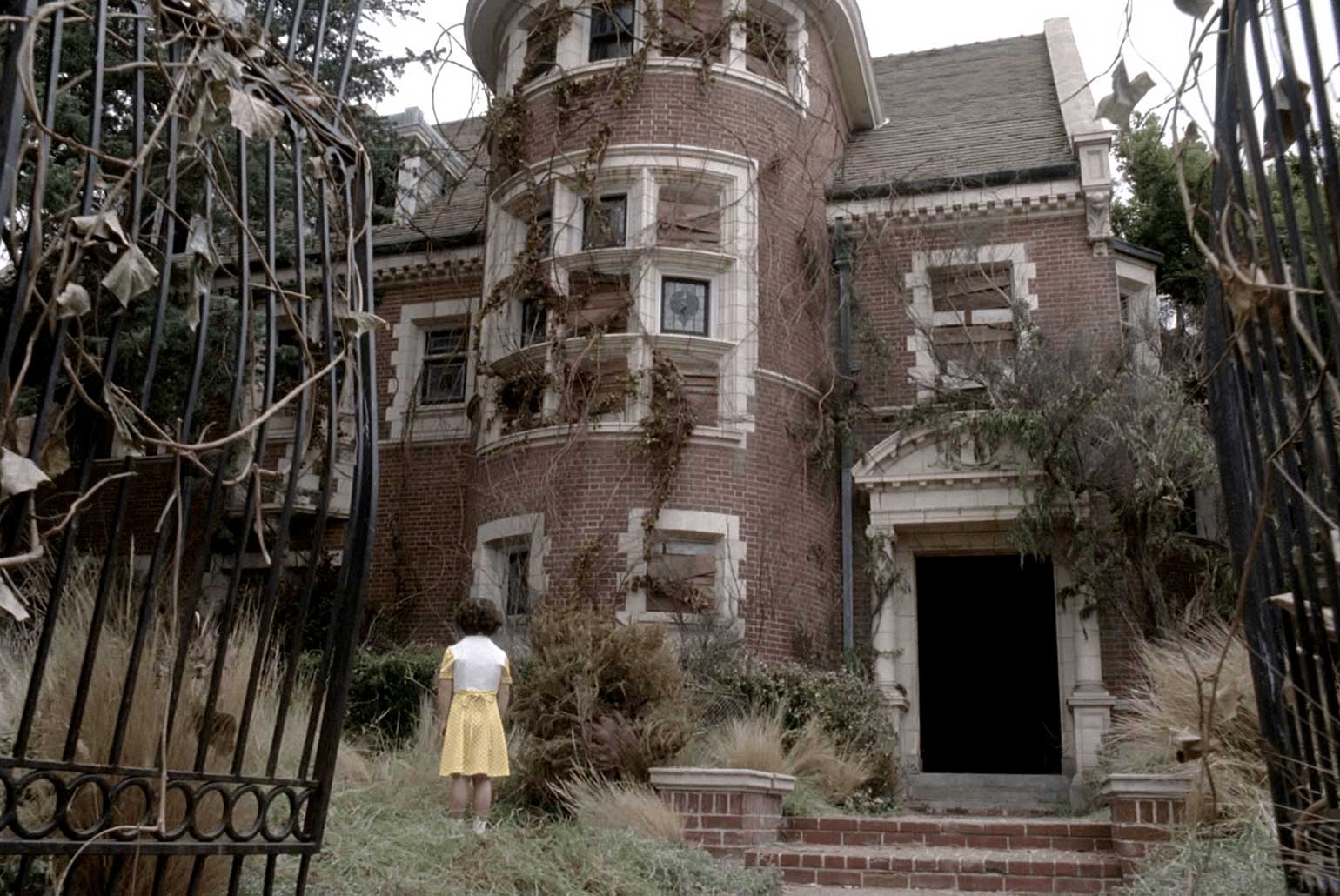 If you’re not on Twitter you may have just missed an EPIC real-life creepy story – but don’t worry, we’ll get you all caught up. Not only was the story super creepy, it was so brilliantly told that it may just have inspired a new genre of Twitter stories….who knew you could be a brilliant story-teller with just 140 characters a pop?!

It all began with this innocuous tweet from Olivia Cole, aka @RantingOwl,

So I may have done the whitest thing imaginable today. I never thought I would be this white woman.

But here we are. Join me for this story

What followed was a story so fantastic that J.K.Rowling tweeted this:

So Olivia and her husband just moved to Louisville and are looking for a new place because they hate their apartment. They had a viewing with a realtor yesterday – which quickly moved into the realms of the creepy. Telling the story, Olivia illustrates her reactions and those of her husband with an inspired choice of GIFS

We really want more space so have been checking out rental homes. Today we saw this cute older house. A bungalow. I was all pic.twitter.com/w8N5hBgH8N

It rained last night so the outside is a little gloomy. Older house. Wet stone. My husband is like “Eh it’s a little creepy.” pic.twitter.com/iHHpG7NCYq

Olivia starts to fall for the period features of the house like crown mouldings and buil-in china closets but hubby is noticing some weird signs….

“What are these scratches on the window?”

Agent: “Oh, I think it’s tough to open so probably a little wear and tear.”

We check out the upstairs. Perfect room for a nursery. Master bedroom is smallish, but nice big closet. Me right now: pic.twitter.com/Em1NQ2msmW

So they find some odd stuff – like a little door at the back of a closet leading to a tiny dark room but it’s the basement that really creeps them out!

And a door in the very back.

It has three padlocks & a sliding lock.”

Husband immediately: “What does that door go to?”

Agent quickly: “Oh, I don’t think it goes anywhere. We don’t have a key.”

While the agent’s desperately playing dumb, things get weirder outside. While Olivia’s gushing over the garden, her husband spots the creepiest thing of all.

We go to the backyard. It’s so cute. Rosebushes. Hostas and shit. Firepit.

Me, forgetting about the door locked to keep the Devil out: pic.twitter.com/bZrS4DmeAh

Husband: You realize that door is on the opposite side of the basement. (points at blank wall) That’s where the locked door should be.

Yep that creepy house has a door that’s locked with three padlocks and a sliding lock and no-one knows where the door leads! Olivia continues with some hilarious commentary on what happened once the couple left the property and ends with tweeting “I was almost signing a 12 month lease with The Conjuring bc my white ass got taken in by some original hardwood floors & a porcelain tub”.

@RantingOwl You would have had me at built-ins. Built in china cabinets? The Devil and I would have been having tea parties for eternity, idgaf.

to the frankly strange people saying they’d love a house that creepy,

@RantingOwl What about us white ladies who would like house because of Satan’s handiwork? pic.twitter.com/8bcCz12crg

Yep, there were all sorts of reactions but this was what many wanted to know

@RantingOwl I think on behalf of all true crime fans, I have to say GIVE US THE ADDRESS SO WE CAN GOOGLE IT pic.twitter.com/l2d4DjylOs

@RantingOwl This is too funny, I have one question, & I’m not being sarcastic, but is your husband black? Because his suspicion game is on point.??? pic.twitter.com/l2wfAxBsJI

@CarrieCnh12 lol yes he is. The only thing that saved us

In the end though, most people couldn’t get enough

@RantingOwl No. NO. You can’t just leave it at that. Go back, open the door in the closet, unlock the basement door and come back with answers??

This woman basically summed it up though

@CarrieCnh12 @RantingOwl ????? this entire thread made my day!! Thank you soooo much!!! I have actual tears in my eyes!! Bless u & that aware ass husband ??