2014 was a solid year for Pakistani fashion, with many established designers continuing forge ahead on many fronts. Designers like Zara Shahjahan, Sania Maskatiya, Khadijah Shah and Sana Safinaz all had good years. They showed at multiple fashion weeks, consolidated their retail presence and continued to design everything from pret to bridals. Designers like Misha Lakhani, Faraz Mannan and Fahad Hussayn operate on a smaller scale but still impressed with their luxe craftsmanship and aesthetic sense.

But who were the real fashion stars of 2014 – designers that stood out from the crowd for some reason or another?

1.     Maheen Khan
2014 will always be remembered as the year that Maheen Khan said farewell to her signature brand Maheen. The doyenne of Pakistani fashion has mentored much of the fashion community but continues to push boundaries. Her finale at FPW A/W 2014 may have been the last time Maheen will be seen on the ramp but she remains creative head of Gulabo.

She is also championing a new initiative Virsa, which aims to revive the dying silk weaving craft in Banaras Colony. Maheen has always been at the forefront of fashion and continues to urge younger designers to strive harder.

“I’m depressed by the amount of laziness in fashion today. Yes, designers are trying to work more professionally – having retail outlets and aiming to cover everything from daywear to bridals but there isn’t enough true experimentation out there.
Playing with embroidery and motifs and digital prints is not fashion – it’s textile design. Younger designers are recycling silhouettes that we introduced years ago – they need to pay more attention to cut and form. Fashion is about vision – a designer shouldn’t make what they think clients want – they should be dictating to customers. There is so much talent in the industry but designers need to have more faith in themselves.”
2.     Mohsin Ali
Edgy is a word that is both over-used and frequently ill-applied when it comes to Pakistani fashion but there is no other word for Mohsin Ali’s work. The designer has shown two collections this year – one for Libas and one for Sana Safinaz.
It is always tricky when talented “outside” designer creates a collection for a design house. It is incredibly difficult to give rein to your own creativity while staying true to someone else’s design philosophy. Mohsin proved his worth not once but twice this year with two very different collections. His crisp collection for Libas gave the brand’s signature white an avant garde feel while his layered Autumn winter collection for Sana Safinaz gave their of modern luxe an edgy twist.
It was assured designing from a fearsomely talented designer. Hopefully his collaboration with Sana Safinaz will give him the platform to create some fabulous fashion.
3.     Nida Azwer
Nida Azwer has had a quietly stellar year. At first glance, her year was similar to that of other big names of Pakistani fashion. She showed several pret collections and a bridal collection, put out a lawn line and juggled retail outlets and a signature studio. What made Nida standout this year was the sheer variety that she showed throughout the year. She played with digital, block and screen prints. She used laser cutting and a variety of embroidery techniques. Nida tends to be under-rated due to her love of classic cuts, but she showed more than just traditional silhouettes.
Her Arabesque collection was one of the most attractive Eastern collections of the year. Within weeks of this she showed her Urban Jungle collection, which saw her infuse her classic cuts with a trendier spin. Her intricate bridal “Ghalib” collection and her A/W collection for FPW showed Nida is stretching herself while staying true to her aesthetic sense.
This is a designer who is experimenting with both techniques and silhouette, while retaining a commercial appeal.
4.     HSY
HSY has had a very interesting year, branching out into television with his talk show, Tonight with HSY. However it isn’t his small screen adventures that have earned him a place on this list. This year saw HSY celebrate 20 years in the fashion industry and he has made a unique place for himself.
As well as having a premier design house, he has become THE choreographer of choice for the fashion industry. He is a fixture at PFDC’s fashion weeks but this year he choreographed every fashion week of note including Bridal Couture Week and Fashion Pakistan Week. It’s refreshing to see the famed Lahore-Karachi divide becoming less relevant.
From a design point of view, HSY took some risks this year with his collections. Not all of his design choices were successful but this year saw HSY pushing the envelope, not content with cruising. He also launched his flagship store in Lahore, offering pret and luxury pret as well as menswear.
5.     Debutants who made a splash
Two debutants made waves this year, both from Karachi. Inaaya by Naushaba Brohi was one of the surprise hits of FPW S/S 14. Inaaya’s Rilli collection gave a fashion forward feel to the trend for rilli.

Fashion lovers drooled over Naushaba Brohi’s sophisticated ensembles, that took a very ethnic craft and gave it a modern avatar. Inaaya’s necklaces have been spotted on style icon Amal Clooney.

Inaaya currently stocks at Ensemble but will be interesting to see how this creative designer builds on her exceptional debut.

The other debut story of the year was Madiha Raza, whose ‘Flight of Birds” collection easily outclassed the competition at the Maybelline New York Millenial Fashion event organized by Fashion Pakistan Council.

Maliha displayed a creative vision and attention to detail that was remarkable in a debutant. She won a place at FPW S/S 2015 at the end of March next year. Easily the most exciting new designer in recent years, it is crucial that Maliha builds on the momentum of this brilliant first show.

There’s lots to look forward to from the Pakistan fashion industry in 2015. Let’s hope for creativity, greater cooperation and an ever more professional approach. Here’s to a fabulously fashionable New Year.
Copyright 2015 Karachista. All rights reserved 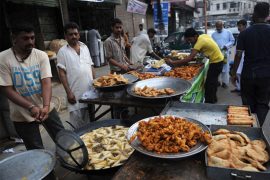 Ramadan in the time of Corona 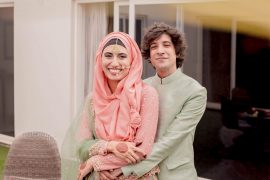 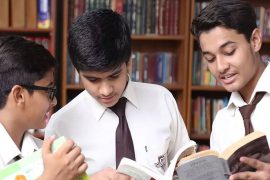