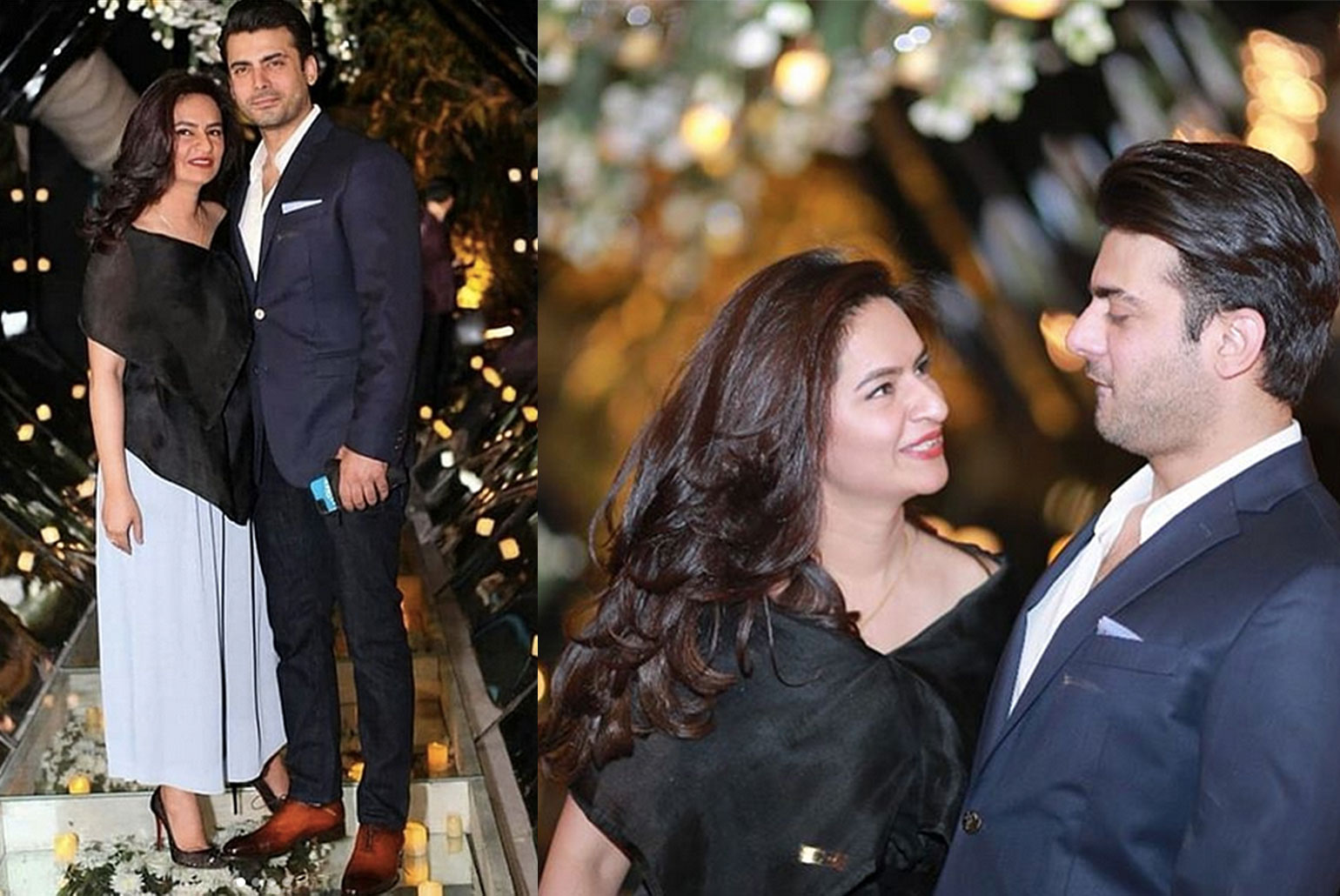 Omg Fawad Khan is just the sweetest – he threw a fab surprise birthday party for his wife, designer Sadaf Fawad Khan. It was Sadaf’s 35th birthday and Fawad Khan pulled together a massive party with over a hundred guests and a classy black and gold theme.

When asked Sadaf said she thought something was up but that he was maybe planning a small GT – nothing on the level of this blowout which was held at their new home in Model Town, Lahore which is currently still under construction. Fawad roped in his manager Hassan to help with the planning and hired Cosa catering to come up with a menu and cake that fit the theme. There’s something so sweet about  a hubby going to all that trouble to bring together all your friends – and of course if you’re Fawad and Sadaf then your friends pack some serious star power – the crowd included actors, models, designers and filmmakers.

Major kudos to Fawad Khan for pulling off a great party – other hubbies, take note!