Is Green Book the worst Best Picture ever at the Oscars?

By Ayesha Siddiqui
February 26, 2019
Facebook
Twitter
Pinterest
WhatsApp
Oscar night fever upon already wrought nerves, sleek gongs beckoning, films warring for the highest honour in Hollywood and red carpets awash with couture….the glamour, the glitz, the lights no other night screams of showbiz quite like the Academy Awards.

Now the tinsel dust has settled it’s time to review the genre of winners and determine whether the gold has indeed been sifted from the dross. It is a telling list indeed. Stories of discrimination abound whether it be of race or gender or orientation, whether a period drama or contemporary, based on a real life musician’s story or a fictional Nobel prize winner’s….the theme is a common one- people being judged through the telescope of prejudice and personal bias and (in most cases) being found wanting.Yet it’s impossible not to wonder whether this isn’t a rather blatant attempt by liberal Hollywood to cash in on the current politically correct climate. There is a difference between a movie who’s message rings out like a clarion call, strong, compelling and stark – a clear case in point being 12 Years a Slave, and one which ticks off all the cliches in the book and appears to be desperately including  all the buzzwords of the moment- the Green Book. Racism has long been the dark underbelly to what otherwise appears a warm welcoming culture and 12 Years A Slave does indeed display it with all its hideous brutality. It fully deserved the awards it was lavished with. 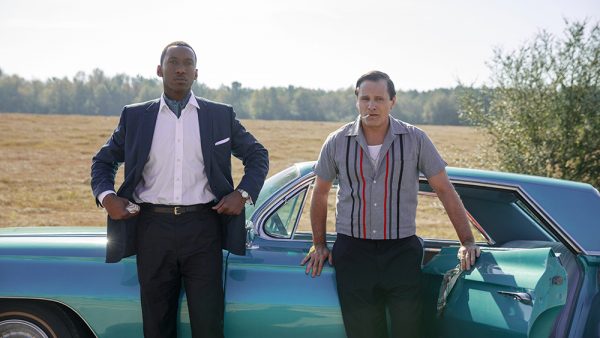 Green Book on the other hand with its gently meandering story and its feel-good old fashioned narration of two polar opposite characters learning to overcome their prejudices is the sort of movie that had it been made twenty years earlier, it might still have been an anomaly. In today’s age however, it doesn’t bring anything new to the table. Not to mention the fact that the lead character doesn’t need to appear to need to learn anything at all when it comes to personal growth. He is shown as a perfect, misunderstood genius handling with patient dignity the incessant displays of crassness and ignorance he is subjected to. Which is why Twitter was a flood with memes comparing it to Crash when The Green Book walked away with the top honour of Best Picture. The director of Crash must have heaved a sigh of relief. Finally another appeared to have taken the place of Worst Oscar awarded.

As usual Hollywood appears to forget that the audience is intelligent enough to perceive the difference between a well deserved film winning accolades as opposed to one which leaves one scratching one’s head wondering how the devil this happened.Another such award was Glenn Close missing out on the Best Actress Award to Olivia Coleman. There doesn’t seem to be any comparison between The Favourite and The Wife. One does not always require a broadsword to get the message across, a rapier can at times do the trick far more deftly and effectively. Glenn Close wields both to devastating effect with a script and actors which act like a prism to perfectly show off the lustre of her brilliant performance. Hers is a story of extreme human sacrifice, of genuine selflessness and the very natural resentment which is an inevitable part of consistent self sacrifice. Her character is as exquisitely layered as a mille-feuille, her expressions as she gradually receives validation for her genius, accepts and acknowledges it to herself, contains entire volumes of pain, pride, regret coupled with a particularly poignant joy and fortitude. To disregard acting of such calibre in favour of a cheesy bawdy historically inaccurate depiction of Queen Anne’s reign simply because it rocks the popular theme appears to be the very discrimination which is being descried. Olivia Coleman might have delivered what appears to be a devastating insight into a deeply trivial character yet the portrayal cannot come close to the simple perfection of Close’s masterpiece. Just when it appeared the Academy Awards were going to be about genuine recognition, Hollywood reminds you of how there’s no such thing as a free supper….

Author Ayesha Siddiqui is a Karachi-based writer with an eclectic range of interests. Her new column Never The Same River will cover a range of topical issues