Khoobsurat stars Sonam Kapoor as a top physiotherapist (Milli Chakroborty) who’s summoned to the home of Prince Viram Singh Rathore (played by Pakistani heartthrob Fawad Khan) to treat his surly, wheelchair bound father. The Disney movie should have been a frothy fairytale about how the bubbly newcomer scandalizes and ultimately wins over the hidebound Raja’s family. Even a cliché can be charming if it’s well done. Khoobsurat, however, fails to build any sort of momentum and while there are some cute scenes, the overall effect is contrived and wearisome.

Khoobsurat is only loosely based on the 1980’s Rekha starrer of the same name. The modern version focuses more on the young lovers than on the incompatibility of the two families. It’s a story that’s been told a thousand times on celluloid. A charming, unconventional heroine melts the heart of an uptight, brooding hero. Think Saira Bano in Junglee or Audrey Hepburn in Sabrina. Unfortunately, while there is undeniable chemistry between Fawad Khan and Sonam Kapoor, Khoobsurat fails to deliver a convincing romance. Their love story has little continuity and none of those engaging moments to show why physical attraction might develop into love. 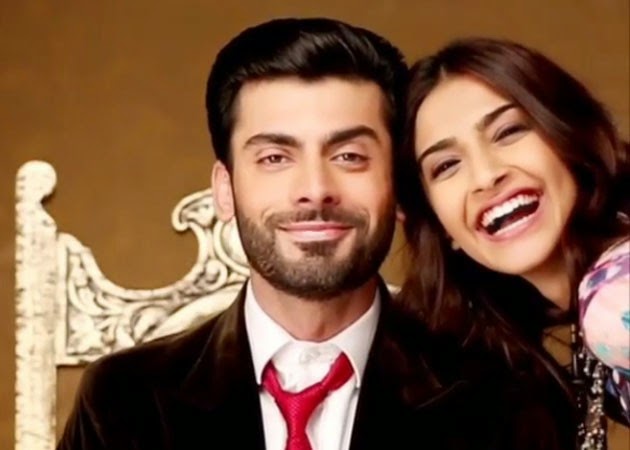 Plot lines seem to have been thrown in at random to give the characters a chance to interact. The implausible kidnapping episode, the feeble storyline about neighbouring Raja – in particular the part where he gives them the Royal Suite -and the overall lack of a cohesive plot are all reasons why the film fails to gel. The plot had plenty of scope for comedy but the film is lacking in wit and there are few genuinely funny moments. 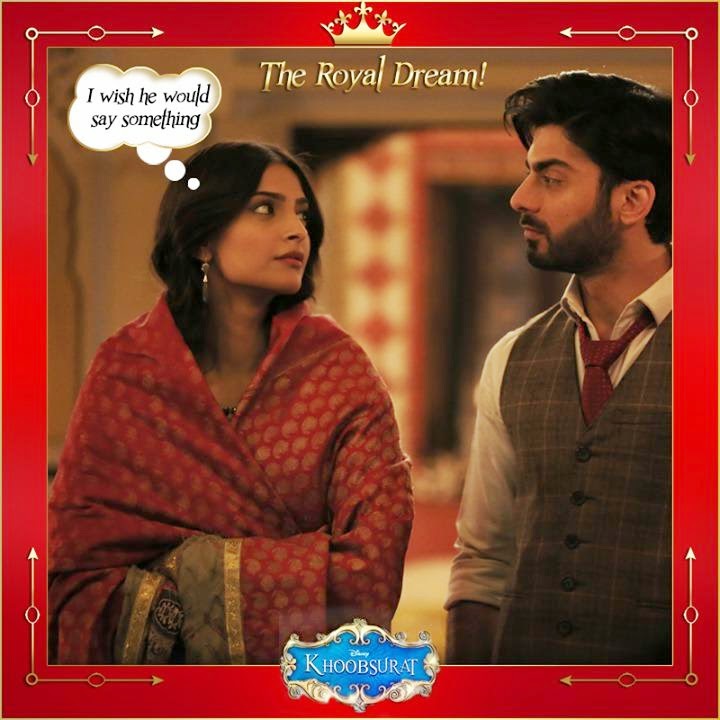 Khoobsurat also uses the audio equivalent of thought bubbles – the characters dialogues are augmented by voiceovers to describe what they are really thinking. Someone obviously thought it was a cute idea but the device is overused and clumsy – whatever happened to letting actors emote?

Visually, however, Khoobsurat is truly khoobsurat (beautiful). The eclectic interiors are appealing and the Mohatta Palace-style home is a fabulous backdrop. Rathna Patak’s jewels are gorgeous and Sonam’s style is young and hip. Sonam has always been able to carry off practically anything fashion-wise and her films are always a treat for fashion lovers. Khoobsurat is no exception. From her trendy nail colours to her sneakers and midi rings, Sonam’s look is bang on trend. Fawad Khan meanwhile looks simply dreamy in his tailored suits and sherwanis – although it’s hard to imagine any guy always dressing so formally in this day and age.

In terms of performance, Fawad Khan is brilliant as the brooding, inflexible Prince who finds himself falling for the garish Milli. We knew he could act from the small screen but Khoobsurat shows that his talent translates well to bolder medium of film. His carefully underplayed performance is masterful and his few key speeches are among the most powerful parts of the film. Sonam Kapoor, meanwhile, has come along in leaps and bounds. This is not the same stilted Sonam we saw in Aisha or I Hate Luv Stories. She’s more natural on screen than we’ve ever seen her before.

Kirron Kher may have played the Punjabi mother umpteen times before but she still manages to light up the screen and her performance perks up the film no end. Rathna Patak is also good as Rani-sa, Vikram’s mother although once again the role is not a huge stretch from those she has played before.

All in all, Khoobsurat is no more than adequate ‘timepass’. By all means go to drool over Fawad Khan and Sonam Kapoor but don’t expect much in terms of plot or even musical numbers. This is not a love story that will touch you. 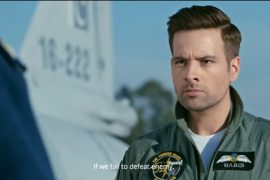 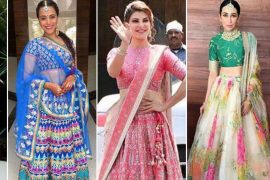 Who wore what to #SonamKiShaadi