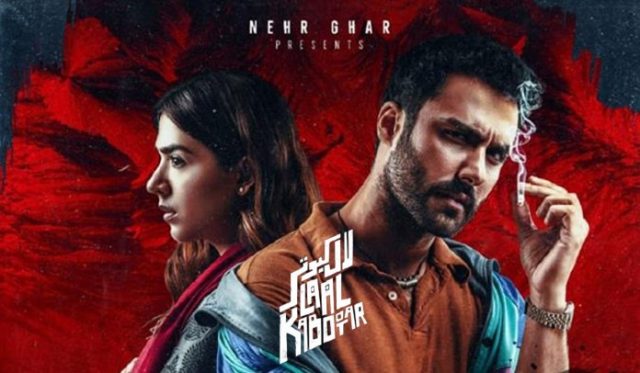 I couldn’t help but wonder, as I watched Laal Kabootar, whether the movie was deliberately designed to be Pakistan’s response to Sacred Games or whether the visual treatment just gave it that feeling. Either way, the film is beautiful. Karachi looks interesting in a grungy, vintage, artsy way without using cliched locations. With the dogs and the pigeons and the shopping bags (filled with trash) thrown from apartment balconies, it’s Karachi with the realism we’re used to seeing – polished by the cinematographer’s and director’s eyes.

Speaking of the Director, hats off to Kamaal Khan for delivering a fantastic cinema experience. Yes, as some have already said, the film drags a bit, specially in the beginning as he’s setting up the story. But once it picks up, it gets interesting very quickly. Kamaal has trouble developing and then maintaining a pace… the film would slow down and then, just as you think you might nip out and get a cup of tea, things escalate on screen. And boy, do they escalate! But Kamaal‘s loose grip on pace is forgiven for what he has achieved in terms of visuals and performances.

The violence is very edgy and real – and truly comes alive thanks to the masterful performances by almost every single actor in the film. The pain of the characters is so real you can feel it, the sheer vengeance shown in one particular scene (you’ll know which one when you see the movie) is amazing. To be able to elicit such performances from not one or two but many people shows the considerable skill of the director. Mansha Pasha and Ahmed Ali Akbar shine in their roles, delivering them so convincingly that you get inevitable drawn into the story. A girl who loses her husband to street crime and a taxi driver who indulges in street crime come together in a unlikely partnership, both for their own goals, both aiming for the same target. The irony is stark and the symbolism of Ahmed’s red taxi coupled with the target killer’s red cap is also a nice touch.

The story itself is somewhat predictable. I won’t give away too much (because you should see the film) but Laal Kabootar is a crime drama, portraying the dark underbelly of Karachi, with splashes of street crime, target killings, land mafia and police corruption. Because of the fantastically written script, the dialogues don’t feel forced or fake – whether it’s Ahmed’s conversations with his partners in crime or Mansha’s chats with her mother, it feels real and I’m sure having a script like that helps actors deliver good performances.

Laal Kabootar is a bold film, a step away from the usual fare – there is no item number, no following of the traditional “formula” and while love is a central plot idea, it is by no means front and center. Laal Kabootar reminds me of Cake in all the good ways. Laal Kabootar should be the rightly be the first hit to come out of our industry this year. With Indian content currently out of play, people should go see Laal Kabootar and Sherdil both, Laal Kabootar to be entertained and for a fantastic cinematic experience and Sherdil for the patriotic zeal. The only question is this: Kamaal, his actors and the producers have given Laal Kabootar wings: will the Pakistani audience let it fly? I certainly hope so, because this is one damn good Kabootar. Only if we support efforts like this will producers and directors be encouraged to step out of their comfort zones and produce incredible movies. 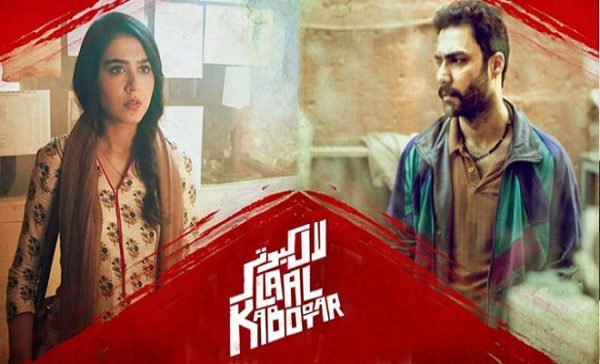