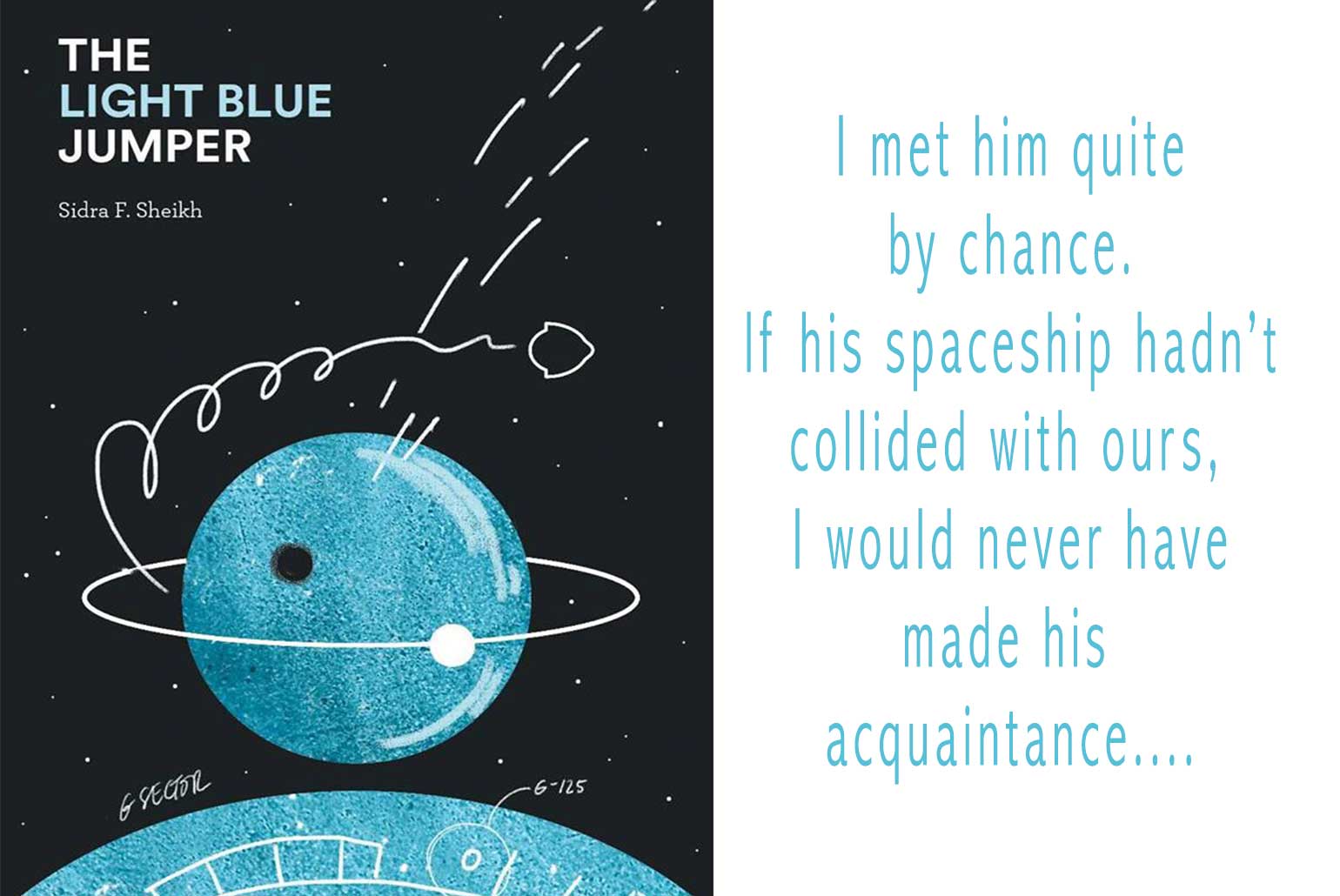 The Light Blue Jumper by Sidra F. Sheikh is such a pleasant surprise. Novels by Pakistani authors, at least the ones that end up being published, seem invariably to be gritty, intense works. They’re either redolent with post-colonial imagery or bleak literary expositions on terrorism or corruption, which is all very well in its place but sometimes you can’t help but wish for something lighter. Enter ‘The Light Blue Jumper’, a comic sci-fi novel in the tradition of Douglas Adams. It is the first novel to be published by Pakistan’s newest independent publisher, Mongrel Books and lives up to their avowed intention of introducing fresh and different Pakistani voices.

The Light Blue Jumper follows the fortunes of Zaaro Nian, an alien whose work shuttle collides with a rebel ship and who finds himself part of a mottley crew battling at cross purposes against a despotic interplanetary regime. The story is told through the eyes of various members of this crew, twisting through plot and counter plot, with the total self-centredness of each narrator’s viewpoint adding a piquancy to the story as Sidra Sheikh handles the various points of view with verve, giving each character a distinct voice.

It’s hard not to love the sheer light-heartedness of a hero who’s a bald little blue alien with a taste for chicken tikka. Zaaro’s naivety is charming and the plethora of intrigues and misunderstandings in the story leads to some wonderfully farcical moments. The slapstick balances a strong element of satire to the book, covering topical ideas such as modern colonialism and disenfranchisement. The satire can at time be a little heavy handed but for the most part, serious ideas lurk under an engrossing narrative. Drone-like attacks and various machinations by the rebels are handled with a light touch, using comedy and nuance to tackle universal themes such as apathy and intolerance. 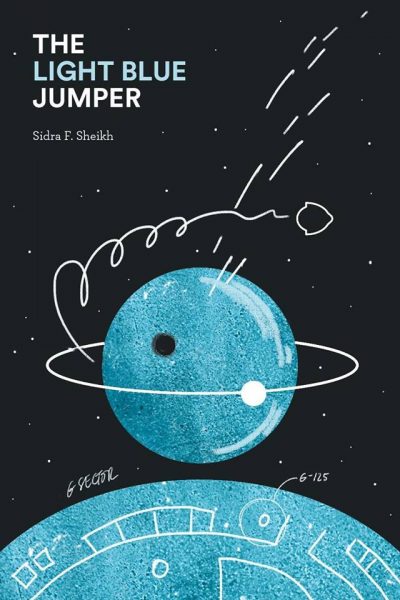 I don’t think it’s an accident that so much classic science fiction was written at the height of the cold war – there’s something about the threat of annihilation that makes you yearn to escape to the stars. Like the best science fiction or fantasy, The Light Blue Jumper has some home truths to offer though it offers a cracking story to those with no wish to delve further.

For all the satiric undertones, this is an optimistic book- a comic romp through intergalatic space with engaging characters and some fascinating ideas. As a self-confessed science fiction buff, I would have like more scientific inventiveness but I suspect that few people will mind that book doesn’t push far in that direction. It may be set in outer space but The Light Blue Jumper tells a story about characters that feel real – even when they’re light blue and full of gas. Definitely worth a read.

The Light Blue Jumper is available at Liberty Books, Anees Book Corner, Old Books Collection and directly from mongrelbooks.pub You can also buy a Kindle version from Amazon.co.uk  here or Amazon.com here.