Mahira Khan on Verna, harassment and why she chose a difficult role 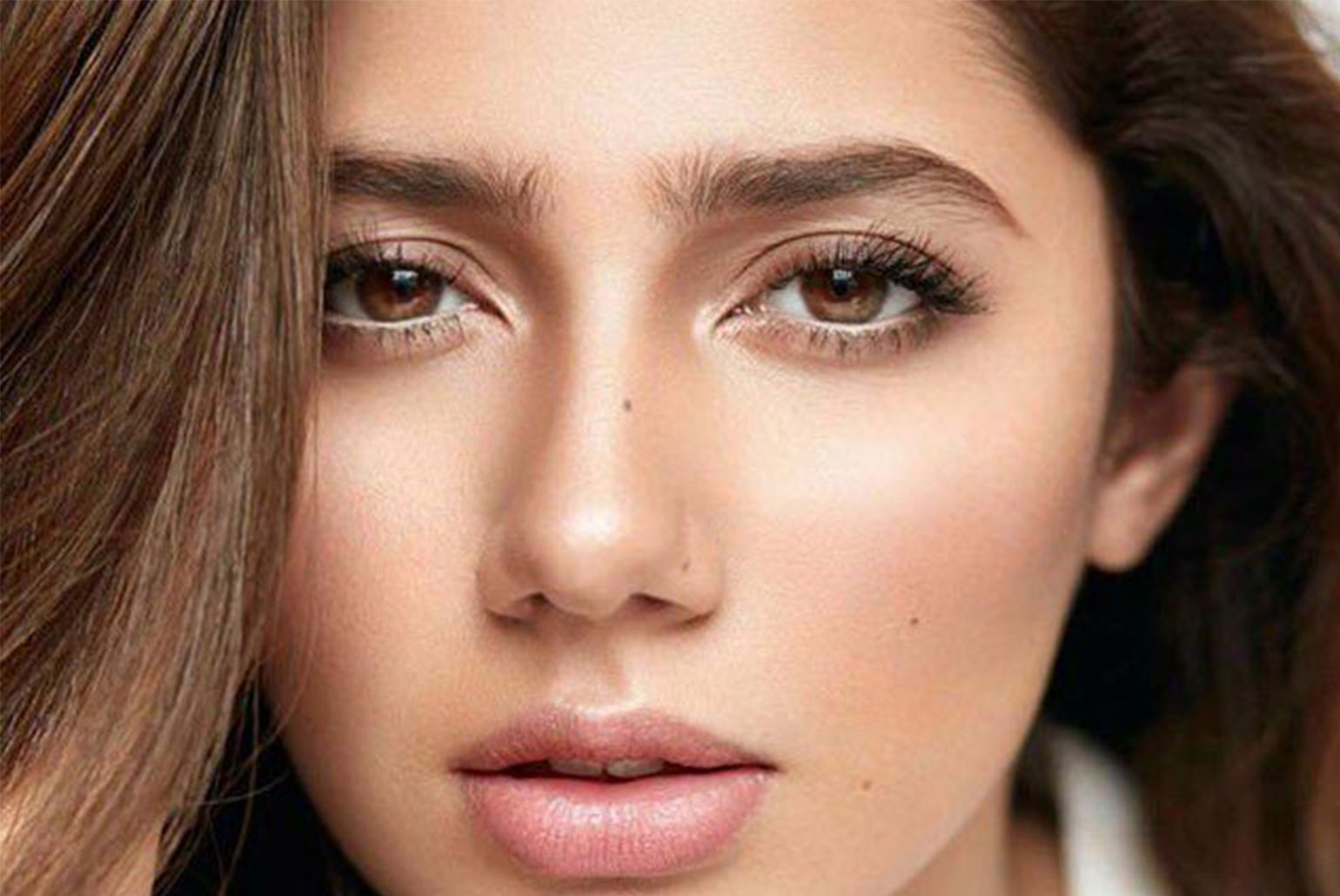 Mahira Khan’s latest film Verna releases on 17th November and, if the trailer is anything to go by, promises to be an intense ride. Mahira plays a happily married woman who attracts the unwelcome attention of a political bigwig, is raped and fights back. Considering the film is directed by Shoaib Mansoor, who gave us Khuda Ke Liye and Bol, Verna was never going to be a light-hearted crowd pleaser but nevertheless it looks to be a film that challenges both the cast and audience. We spoke to Mahira Khan and Haroon Shahid about the film and more.

Mahira, we’ve noticed that you’ve adopted a very de-glam style for the Verna promotions, is this deliberate? Are you choosing to reflect your role in the film or is there something deeper at play?

Neither really, beyond pure laziness. Today was one of the first days I actually opened the box of outfits I’ve been sent for promotions! My personal style is very laid back and simple – at home you’ll generally find me in a white T-shirt and jeans or a white shalwar kameez. My own wardrobe is very basic and my preference is for minimalist outfits, which I think has been reflected in a lot of the outfits I’ve worn for the promotions. In any case, you do have to choose appropriate outfits when you’re promoting at a University or a mall – red carpet outfits just wouldn’t be appropriate, but the laid-back approach to makeup and styling is just me being lazy more than anything else. I hadn’t realised that it was something people have been noticing – maybe I should be making more of an effort! (editor’s note – in recent days we’ve definitely seen a more glammed up Mahira)

Have you ever experienced harrassment?

Harassment has so many levels. Thank God I have never experienced anything like what my character goes through but yes, I have suffered to a lesser degree. My recollection of harassment is from a very young age and I think as you get older you bury those things and that is one of the wonderful things about human memory – time dulls our memories. Imagine if we had perfect memory and could feel exactly what we felt exactly at some moment in time. We would never be able to move on from grief or any sort of trauma.

I think I’ve been lucky, particularly when I see the #metoo hashtag trending around the work, not to have experienced harassment in my working environment. But it is a pervasive problem. In fact the last time I experienced harassment was just a few days ago at a mall in Islamabad while promoting Verna. In the crowd, some guy touched my backside in a very unpleasant way – there was nothing accidental about it, it was a dirty grope and it also happened to my co-star. I immediately yelled at him and would have taken it further but neither my team or I could be 100%  certain we’d identified the right guy because it all happened so quickly.

How did you prepare for such a harrowing role?

This was a very challenging role. I did not speak to any rape victims personally but I did read up a lot about the topic. I spent a lot of time researching on rape forums online, and hearing those stories was pretty difficult in itself. I started shooting Verna just as Raees was releasing so to an extent I had to prepare on the fly. In essence it was a matter of sinking into the character, digging deep and trying to reflect her experiences.

Has Verna changed you?

Shoaib Sahb certainly thinks so – he says it’s made me angrier! 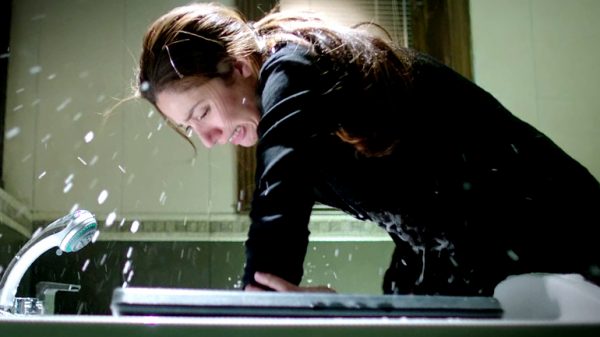 Do you feel you are a strong female role model?

I’d like to believe I am – but I am not a perfect role model and I would never claim to be. The things I put out there are the things I genuinely believe in and I think that honesty is important. I suppose I would say is that I may be strong but I’m definitely not perfect.

Is Verna a star vehicle for you?

I don’t think that Verna can be called a star vehicle because a star vehicle builds up the star, is a showcase for the star. This isn’t a glamorous role, I have no songs in the film and though Verna may build me as an actor, it does not elevate me as a star. Yes Verna is unusual because a woman is front and centre on the poster and my character is the protagonist, but this is not all about “Mahira” – the focus is the story and the message. 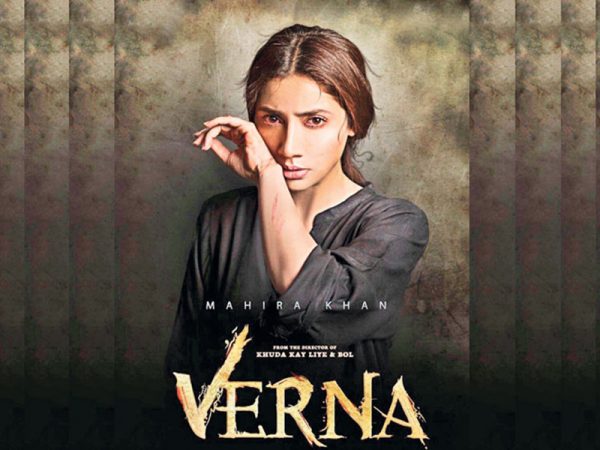 Was this role a conscious decision to change your image from “Pakistan’s sweetheart”?

I don’t think I will ever really shake off that image and why would I want to? There are good actors and there are great actors and then there are iconic roles. Qirat from Humsafar was that one in a million character.  It’s not really you – a role you have played touches something in the public psyche and becomes part of history.  Humsafar was something very special and I’ve been very blessed with all the love I’ve received. I would never try to shake off Qirat, she is part of my story. In terms of Verna, this was more about challenging myself as an actor. I had one dream as an actor and that was to work with Shahrukh Khan. This year, after Raees, I promised myself that I would accept new challenges and take myself out of my comfort zone – I felt that this was the right time to take a risk professionally.

So, given that acting was Shahrukh was your dream, which meant more to you as an actress – Raees or Humsafar?

How has it been going from being so beloved to being at the receiving end of such a backlash after those photos with Ranbir?

My immediate reaction was that I felt violated – it was incredibly painful. I’m not sure anyone who isn’t at that level of public scrutiny could understand it – you know how bad it is when even two of your friends see a picture you didn’t what them to see? Multiply that by a million times. To be honest I haven’t really been able to process it – one day I’m thinking one thing and another day I’m thinking something else. I think I will only really get a handle on what I feel about this in time, when I look back upon it and am able to make sense of it. For now, I just think of it as an interesting plot twist in my own story.

Check out this candid rapid-fire with Mahira and scroll down for more on why you should watch Verna.

We asked Mahira’s in Verna co-star Haroon Shahid some questions too:

How daunting was it as a newbie to work with Mahira Khan and Shoaib Mansoor?

It’s a like a dream come true to make your debut with someone as legendary as Shoaib Mansoor and someone as experienced and talented as Mahira. They have both supported me incredibly through the whole process and I feel very blessed to have had this opportunity and hope my performance lives up to their expectations.

Verna looks like a traumatic story – do you think the public will come to see something so intense?

I think that the public is open to a lot of different genres and we shouldn’t shy away from offering something different. Hollywood comes out with so many different films – it’s not all romantic dramas or action movies. Shoaib Mansoor has shown in the past that he can handle an intense subject and I think that the audience is certainly capable of appreciating a meaningful film.

Are you a hero, a villain or a bit of both in Verna?

There is no hero in Verna, the script is the hero – it’s all about the story.

Verna opens on 17th November across Pakistan – watch this space for a review of Verna!