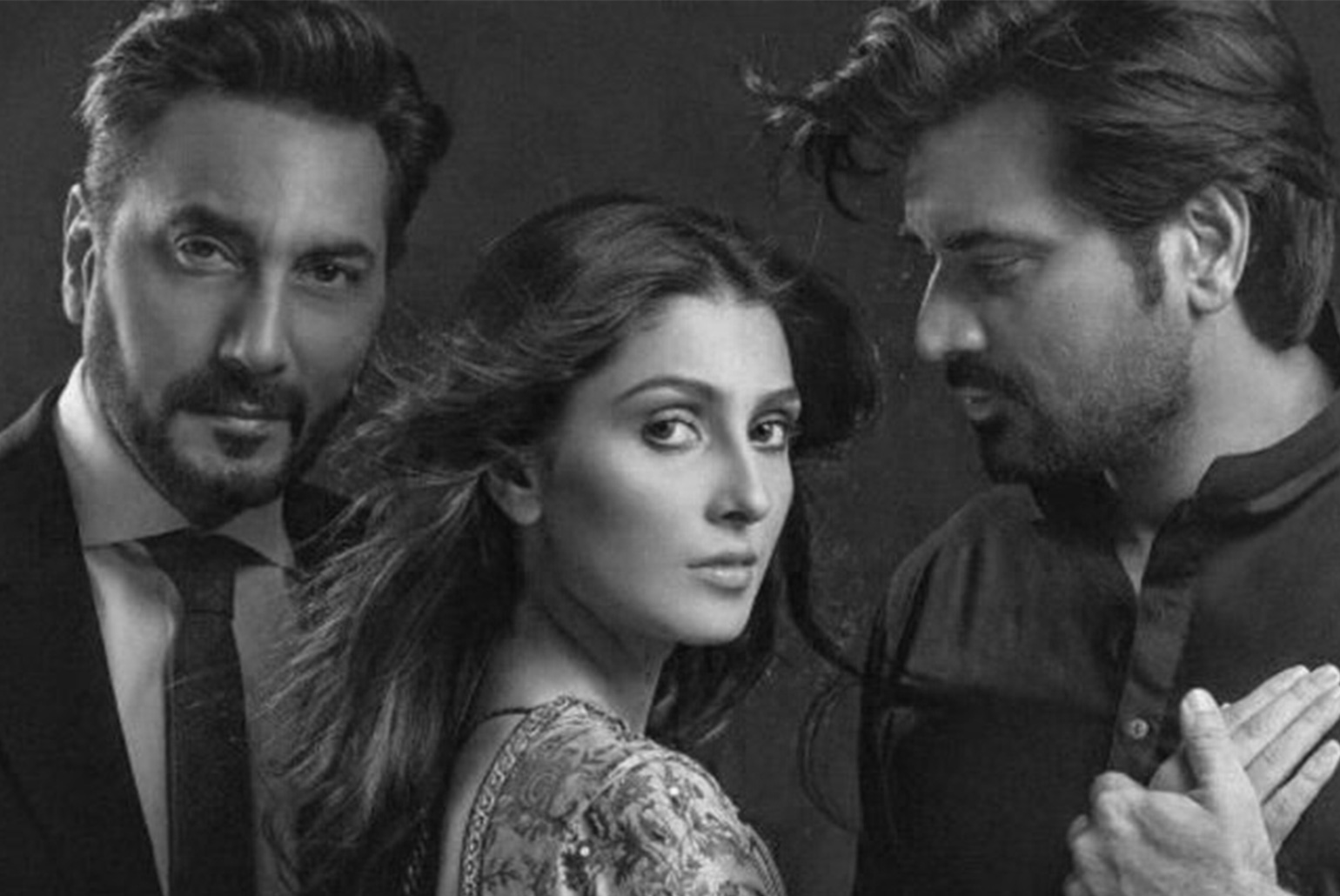 Mere Paas Tum Ho has it all; a doting husband, a cheating wife and a mysterious pink nighty- yet the show drags and lacks conviction. Tackling the issues of infidelity and greed, the drama stars talent powerhouses Humayun Saeed, Ayeza Khan and Adnan Siddiqui and is directed by renowned director Nadeem Baig. So what’s all the buzz about?

The story, penned by Khalil Ur Rehman Qamar ( who has managed to garner much criticism in the last few weeks), revolves around Danish (Humayun Saeed) and Mehwish ( Ayeza Khan) , a loving couple who find their relationship being tested with the entrance of the charismatic Shehwaar ( Adnan Siddiqui) in their lives.

Danish’s life is pretty simple – he is a pretty honest guy working as a clerk at a government office and is madly in love with his wife. Perhaps the most endearing quality about this character is how much he loves his wife and how he is willing to do anything for her, including buying expensive jewelry which he cannot afford, flipping omelettes for himself and his son without complaining when she gets late and supporting her decision to work. All these things make Danish a pretty normal guy – unlike the stereotypical Pakistani drama hero.

His wife, Mehwish, doesn’t hold back when expressing her discontent with Danish’s low paying job – he even takes bribes with her encouragement. Mehwish’s (incredibly annoying) friend Anoushey embodies all that Mehwish yearns for. Anoushey goes on impromptu shopping trips where she drops lacs of rupees without batting an eyelash, lunches at fancy restaurants and her family holds lavish wedding functions.

Thanks to Anoushey, Mehwish meets Shehwaar an enigmatic businessman who falls for Mehwish at first glance. Shehwar is charming, handsome and lives alone in a giant mansion with an army of servants. As the drama progresses, Anoushey mysteriously disappears ( seriously where did she go?) and Shehwaar and Mehwish start having conversations on the phone. He’s clearly flirting with her and Mehwish is smitten by his money, gifts and giant mansion.

Danish isn’t a fool though – he knows what Shehwaar is seeking and keeps warning his wife to be wary of him. He’s in for a rude awakening when he discovers his wife has fallen for Shehwaar’s advances and has even flown to Islamabad with him for the day without telling him. In Islamabad, Mehwish decides she’s team Shehwaar and purportedly sleeps with him to seal the deal. We’re assuming that’s what the pink nighty represents because I don’t think any professional employee carries lingerie for day business trips.

All of the above ( and this is a condensed summary) takes 12 episodes to unfold. Bear in mind there is no other track except for these three characters in the drama. So to watch all of this unfold painfully slowly over a 37 minute episode is excruciating. Several of the past episodes have dragged on without anything substantial happening. After the infamous pink nighty incident, viewers are left thinking maybe now the drama will pick up, but it takes Mehwish two episodes to leave her house to go live with Shehwaar. All in all, the drama becomes boring and even if you skim through it by fast forwarding the episodes you won’t miss much. 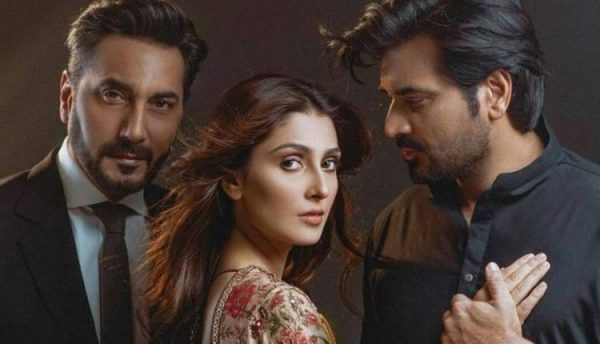 The characters aren’t necessarily relatable and you don’t end up investing your emotions with them. Mehwish’s character is confusing but not in a satisfying way. Ayeza works with what the script offers her but Mehwish doesn’t seem like a character you can connect with. Perhaps it is too early in the drama to tell, but there is no arc to her character and it falls flat. Ayeza’s styling in the drama also makes it hard to take her character seriously. She’s not that well off but she wears clearly expensive clothes and her hair and grooming is constantly impeccable. At one point she shows up wearing a huge diamond necklace to work. Enough said. 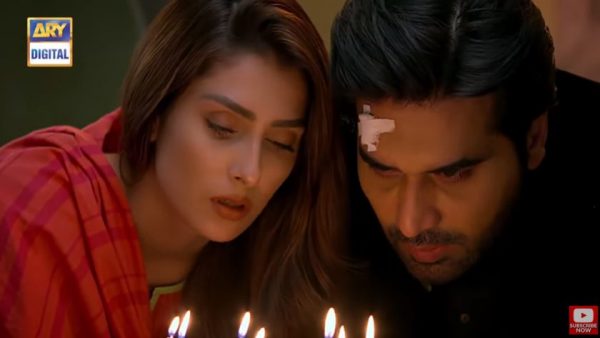 Danish handles his wife’s infidelity with a bizarre passive aggressiveness which I still do not comprehend. In the latest episode he’s celebrating his anniversary with a cake and dinner and then proceeds to make tea for his wife’s lover. Mehwish is clearly not a likeable person – she leaves her child without looking back once – so the viewers are left clenching their fists at Danish’s reactions to the whole situation, wishing he would at least address her behaviour.

The only thing tolerable about this drama is Humayun Saeed’s acting. As strange as Danish is at times, there are moments of pure raw emotion which remind us of Humayun’s acting prowess. Humayun aptly portrays Danish’s vulnerability and insecurities in a few memorable scenes which keep you mildly interested in how his story may progress.

Why has Meray Paas Tum Ho got the audience hooked?

The subject of an unfaithful wife and infidelity is not a new one. Hollywood dealt with it in movies such as Unfaithful and Bollywood dabbled with the topic in movies like Kabhi Alvida Na Kehna. (The Demi Moore movie Indecent Proposal had a very similar plotline to Meray Paas Tum Ho – a businessman offers $1million for a night with the wife and it’s the wife who wants to go ahead with it -Editor) We even saw some bizarre scenarios like that in Judaii where the inimitable Sri Devi played a wife who “sold” her husband for money. So far, Mere Pass Tum Ho hasn’t been any different from any show or movie depicted a cheating wife – so what makes the drama so appealing to the Pakistani masses? 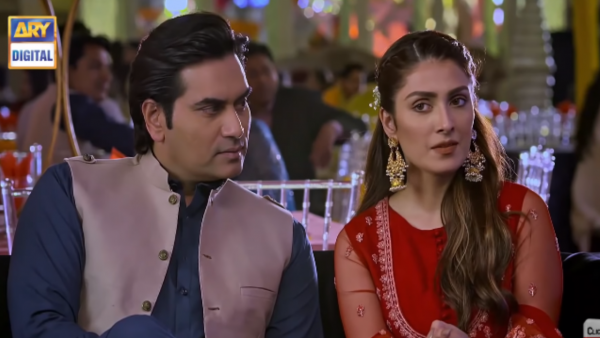 Perhaps it is the concept of a PAKISTANI WIFE being so ruthlessly adulterous and her husband fighting to restore their relationship. And that too, a husband like Danish. He’s loyal, he loves his wife madly and isn’t afraid to show it, he is not controlling and doesn’t have unreasonable expectations from his wife. Sounds like a normal guy right? Unfortunately due to social conditioning and the image of husbands usually perpetuated in Pakistani dramas, Danish is being put on a high pedestal by audiences. He isn’t a “majaazi khuda”, he treats her with respect, hence him being cheated on is all the more heartbreaking for the viewers.

It seems the general viewers have become so desensitized to a meek and demure woman being cheated on in dramas, that when it happens to a demure man, it becomes a big deal everyone comes together to root for him. Comments like “aurtain to hoti hee aisi hain” and “Allah Mehwish ko ghaarat kar day” are abundant on social media right now. We know she isn’t the most likeable, but then again, her character hasn’t been given much layering so far either. 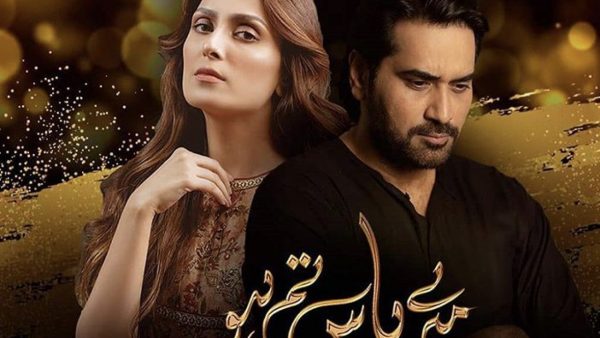 In the recent episode, Danish’s viral dialogue (he refers to Mehwish as a “do takay ki aurat” and basically tacitly implies that Shehwaar is a fool for taking a chance on her) has viewers divided on their opinion of it. Some are loving it and others are labelling it as cantankerous. This dialogue in the light of Khalil ur Rehman Qamar’s recent controversial interviews, comes across as misogynistic, especially since men who cheat in Pakistani dramas will not be subjected to such dialogues. If seperated from the writer’s biases, this dialogue, albeit horrendous and demeaning, makes a lot of sense from Danish’s point of view. He’s been cheated on, his wife is leaving with her lover without even looking back at her kid and his life as he knew it, has crumbled into pieces.

Watching Mere Pass tum Ho has made me think that we need more dramas which have a solid script rather than only relying on star power. Here’s to hoping the drama will pick up and give the audience more than just a few scenes which propel the story forward.