Ready Player One is the latest action movie to hit theatres – with a topical concept and plenty of thrills and spills but is it one of those rare action films that actually has heart? Read on to find out….

For the characters of Steven Spielberg’s latest film, Ready Player One, the line between good and evil is clearly drawn. On one side stands James Halliday(Mark Rylance), the creator of OASIS, a virtual platform where anything is possible, a hero to the film’s protagonist Wade Watts (Tye Sheridan). On the other side stands Nolan Sorrento (Ben Mendelsohn), head of IOI, a conglomerate that makes millions off selling merchandise for OASIS to a population that spends most of its time on the virtual platform.

Halliday created a world that was free of rules and financial gain. IOI represents the capitalist Big Brother, hungry to make money off those who can barely afford it. What follows is a classic hero’s quest as Wade sets off to keep IOI from gaining control of the OASIS. Along the way, he of course faces challenges but manages to win through with the help of his friends. It’s a simple story that asks no questions and paints no grey areas. 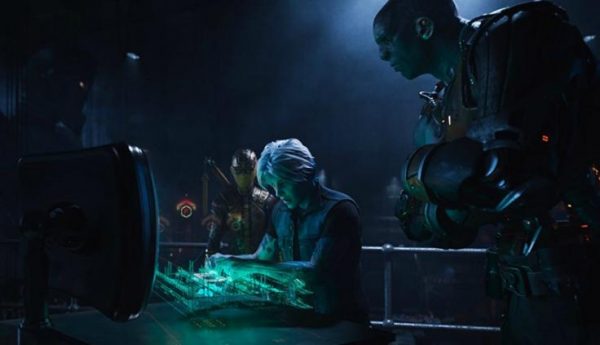 Ready Player One is, perhaps, supposed to be exactly what is: a popcorn flick, kind of entertaining and easily forgettable. But it’s difficult to believe that Spielberg, known for classics like E.T. and Schindler’s List, meant to create a movie that is so devoid of nuance in its emotional substance. The love story at the center of the narrative is clichéd and uninspiring. The chemistry between the characters, even in a movie that is largely animated, seems staged and forced.

Where the protagonist is required to display an emotional response, i.e. the murder of his aunt by Sorrento, both the script’s writing and Sheridan’s acting fall flat. Other than a momentary reaction of anguish, a plot thread that could have been used to give the protagonist believable anger and sadness is, instead, sidestepped by a schoolboy crush and childish adoration for a virtual world. 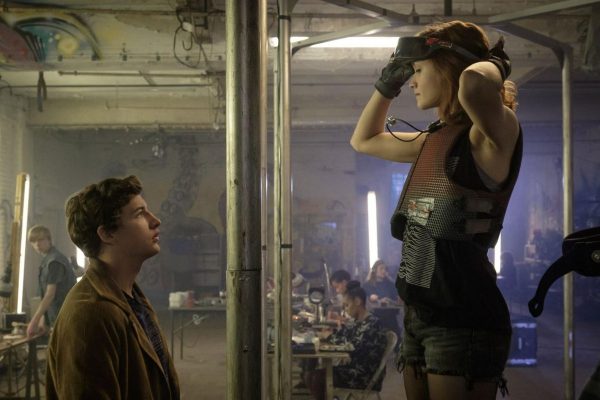 Towards the end of Ready Player One, viewers may find themselves glancing at their watches, hoping that the rising action will finally culminate in a climatic win. Almost in a deliberate effort to maximize screen time, the writers chose to drag on the ending with obvious plot devices and unnecessary twists and turns.

The movie does, admittedly, have moments that are fun to watch. The visuals pack a punch and the action manages to deliver a healthy dose of adrenaline rush. Full of fight sequences and fantastical backdrops, Ready Player One is high in energy. It’s littered with pop culture references and a fun movie to watch if you want to take your inner 90s child on a date (or your actual, present-day child).