Padmaavat review: 13 reasons why it’s a brilliant yet exasperating film 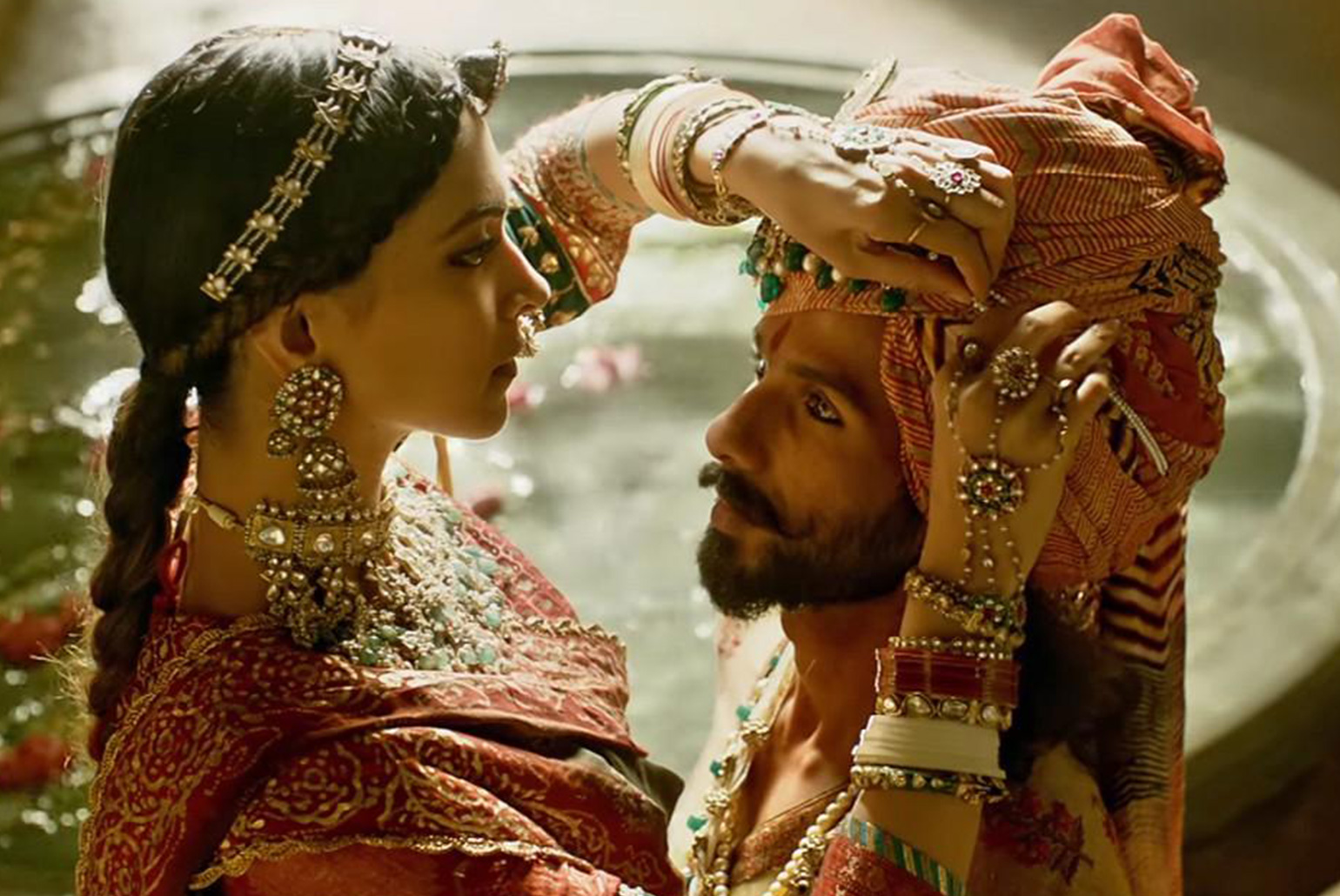 Well we promised you two reviews of Padmaavat and here’s the second. You may have read how much resident film critic Hassan Ansari loved the movie but editor Salima Feerasta was less enamoured…..

Padmaavat, Sanjay Leela Bhansali’s latest sweeping melodrama is both gorgeous and deeply frustrating. Bhansali proves his virtuosity with celluloid once again with spectacular film-making wizardry , as skillful with intimate close-ups as he is with grand panoramas. However the story and the pace of the film are enough to set your teeth on edge, notwithstanding excellent performances by the actors. We expect something of this sort from every Bhansali film, but Padmaavat is as exasperating as it is beautiful – here’s 13 reasons why… (spoiler alert, this review assumes you’ve seen the movie)

13 Reasons Why Padmaavat is both fabulous and deeply frustrating

1. The opening sequence with Deepika Padukone hunting in a forest is pure cinematographic magic. The lighting, the movement, the sheer beauty of it is breathtaking,

2. Sanjay Leela Bhansali seems incapable of letting two lovers be happy. I’ve lost count of the number of ill-fated lovers featured in his films but these two are a particularly infuriating pair, seemingly determined to march to a dreadful destiny and take as many people as possible with them.

3. The actors do a great job. Ranveer is brilliant as the venal, ammoral Khilji – truly repellent and more than a little scary. Shahid’s performance has been generally underrated. He is heartbreakingly noble as Rattan Singh, emotively making most of a limited role and conveying much with his expressions and body language. Deepika’s performance as Padmavati is superb despite the over-use of glycerin and she carries the varying looks with grace. All are abetted by the fact that Bhansali is a master of the capturing subtle emotions; the quirk of a mouth or a lilting smile in the eyes. 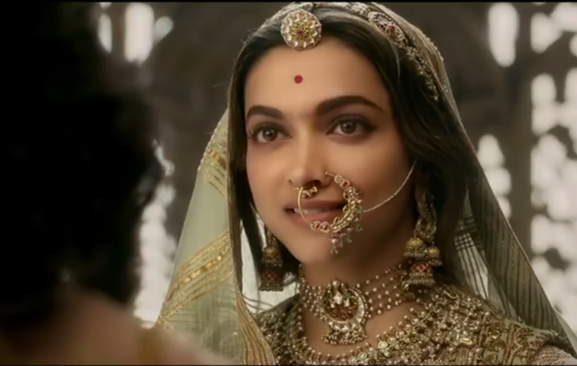 4. That said, the actors are working with caricatures not characters. Khilji is ludicrously violent and crude while the Shahid Kapoor’s Rajput Raja is incredibly naive despite being a seasoned commander as shown by his handling of the seige. Padmavati herself is a shown as brave, beautiful and intelligent but there is no shade or depth to her character. In focusing on the imagery, character development gets left by the wayside.

5. The visuals are however brilliant. From the sweeping cavalry charges and magnificently colourful festival scenes in the fort to opulent interiors and the interplay of emotion on the actors faces, the film is lovingly shot and artistry shines from every frame. I could really go on and on but suffice to say that is a stunning work of a film-makers art.

6. Even though some gorgeous shots probably ended up on the cutting room floor, there was so much to include that the pace of the film suffers. Bhansali’s artistry always comes at a price in terms of pace but parts of Padmaavat felt interminable.

7. There are no great songs in the movie. There’s nothing wrong with choreography, Bhansali knows how to shoot a song but this time round the music lets him down.

8. The styling however is impeccable. Costume designers Rimple and Harpeet Narula did a massive amount of research into fabrics, dyeing and embroidery in terms of authenticity but its the aesthetic that shines through. From the rich saffrons and deep reds that contrast so beautifully with their gold embroidery and the monotone scenery to the soft pastels and neutral tones that offset elegant threadwork, Padmaavat’s costumes are as gorgeous as you’d expect from a Bhansali film.

9. The jewellery, on the other hand, is total overkill. Yes we know that Padmavati was a queen but the sheer quantity of gold on the woman is painful to watch. Tanishq may have contributed some fabulous pieces but they were lost amongst all the jumble.

10. Talking of styling, you have to mention Ranveer Singh’s prosthetic nose – it completely changes his face and seems to signpost a tribal ancestry – though given that he’s such a villain it may subtly contribute to ethnic stereotypes.

11. Talking of stoking prejudices, what was with the whole crescent flag thing (way to close to the Pakistan flag dude and yo, are you trying to say we’re vicious barbarians)?  Not to mention the mouthing of Muslim greetings or Alhamdollilah by deeply offensive villains. On the other hand another villain was a Hindu Swamee so Bhansali really did spread offence with an even hand. Unfortunately, all that’s probably done is reinforce peoples prejudices on the one hand while simultaneously offending them on the other – and that goes for both Muslims and Hindus. Way to go.

12. Can we talk also about sheer ludicrousness of the plot? Which self-respecting Rajput guard would not surround a tent where their Raja was meeting an enemy? * Padmavati went with 80 litters and a massive entourage to Delhi and they managed to return ahead of Khilji? Surely he had fast-moving army units. *She was ready to lead 800 women to suicide (including a pregnant woman, thanks for that imagery SLB) by being burnt alive but didn’t consider that just killing herself the night before would have solved the problem and saved a lot of lives (just saying – since she was supposedly intelligent she should have seen that she was doomed!) * And what about Khilhi – he’s shown as being very tactically astute while being a total barbarian and wildly impulsive. Even ignoring historical accuracy, the dichotomy is mind boggling.

13. Ok Ok so logic doesn’t always have to apply in a story but where’s the soul? I’m not sure exactly why but there’s simply no soul. There is an odd distance between the characters and the audience. Ranveer is chilling but there should be real menace in his scenes with Mehrunissa following his murder of her father and somehow it’s missing. Shahid and Deepika do have chemistry but you never root for them in the way you rooted for Salman and Aishwairya in Hum Dil De Chuke Sanam. Perhaps what’s missing is any element of light-heartedness and camaraderie or any sense of fellow-feeling with the leads. Bhansali’s Rajas and Ranis are as remote as royal protocol could require and that lack of engagement with the audience ultimately robs Padmaavat of its soul.

The bottom line: Go for the sweeping panoramas, the gorgeous costumes and magnificent war scenes – just be warned you’ll wish you had a fast forward button.