Raja Natwarlal should have been a breezy con caper but falls short despite some solid performances by the cast. Predictable and plodding, the movie is neither comic enough nor thrilling enough to be memorable.

The story has all the ingredients for a perfect masala heist movie. Emraan Hashmi is the engaging, kind-hearted, two-bit rascal hero. Humaima Malick plays the unbelievably hot girlfriend who’s forced into dancing for strangers. There’s the obligatory uber-rich villain and the talented Paresh Rawal as a con-guru lured out of a reclusive retirement. Unfortunately Raja Natwarlal has none of the pace, deviousness or knowing humour that could have prevented it from falling into cliché. 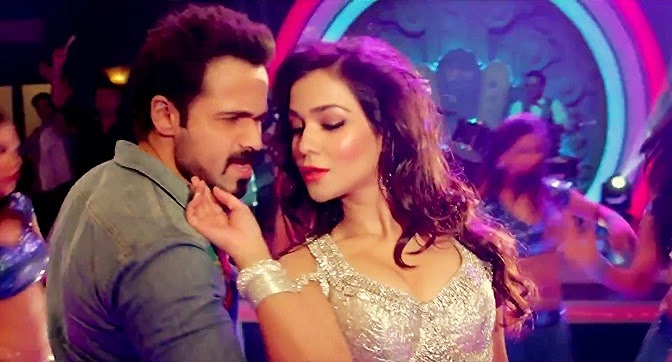 The film tells the story of how small-time conman Raja (Hashmi) falls foul of a super villain (Kay Kay Menon). He enlists the help of a master swindler to help him get his revenge, in a caper that involves selling the cricket-mad Menon a fictional T20 cricket team.

The film starts promisingly with a scene that apes the beginning of Lock, Stock & Two Smoking Barrels. Hashmi works a crowd with a classic “find the Rani” card trick. One of the losing gamblers decides to trick him back, spurring more of the crowd to place their bets. The losing gambler is of course Hashmi’s accomplice and the two disappear with cash from the unsuspecting crowd. 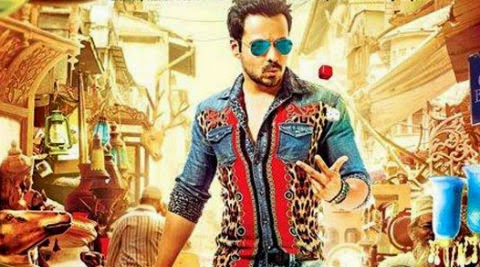 Unfortunately little of the rest of script lives up to this promising, if not entirely original, beginning. The storyline is half-baked at best and the glaring inconsistencies defy even the usual Bollywood suspension of logic.

The lip-locking Emraan Hashmi does a decent job with the damp squib of a script. His carefully restrained playing of the most unconvincing scenes is a testament to his growth as an actor. He would have done well with a less absurd plot but still manages to make Raja into a likeable and credible hero. Don’t expect to see any steamy kisses though – those have all been censored, sometimes in such jarring ways that the audience literally does a double take.

Pakistan’s own Humaima Malick makes the most of a one dimensional and predictable role. There’s no doubt that the girl can act and she did manage to bring a little nuance to a role that was primarily about looking hot. The only place where her inexperience told was that she seemed more at ease in some of the earlier scenes than in later ones. It was obvious that her comfort levels with Hashmi changed over time but as films are never shot in sequence, this was a little jarring in terms of continuity. Her item numbers may rely more on looks and fancy camera work than actual dancing skill but that seems par for the course in Bollywood these days. What she does have is bucket loads of charm and it shines through in this film.

Paresh Rawal is wasted as the mysterious master conman Yogi. He should have either been menacingly enigmatic or comically audacious. His character falls somewhere between the two and fails to have the sort of impact that could have held the film together. He has his moments where he makes the audience burst into laughter but these are few and far between. 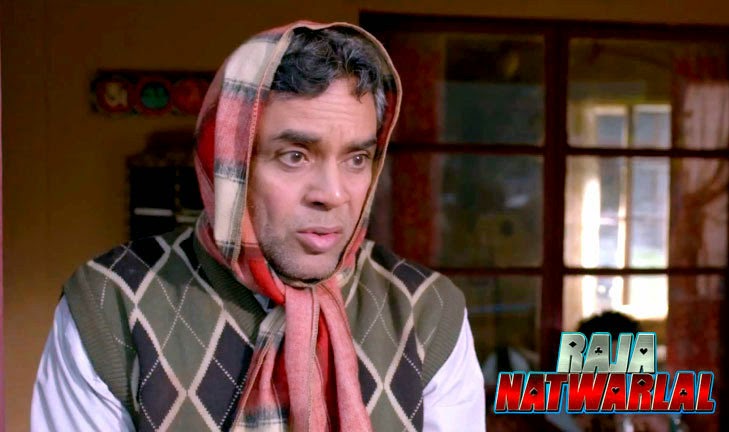 Kay Kay Menon is another excellent actor who is squandered as an implausible, dim-witted and reckless villain. Menon can be a brilliantly devious and intimidating protagonist but he is never given a chance to be. It’s impossible to work out how someone so consistently obtuse as Menon’s character could ever have become a shady billionaire.

All in all, Raja Natwarlal is no more than adequate. The film has its moments but the plot is full of holes and fails to build any sort of suspense. The various heists should set your heart racing but this never happens in Raja Natwarlal. Moreover, the story flits between Mumbai and Cape Town at random with seemingly no attempt at continuity. The climax is fairly clever but is let down by the plodding pace. Raja Natwarlal’s songs are visually appealing and Humaima looks amazing but the music is not terribly catchy. The able cast prevents the film from being a total disaster but, crucially, the movie lacks the sort of joie de vivre and camaraderie that is essential in a heist film.

My above review was first published on Dawn.com on 30th August 2014