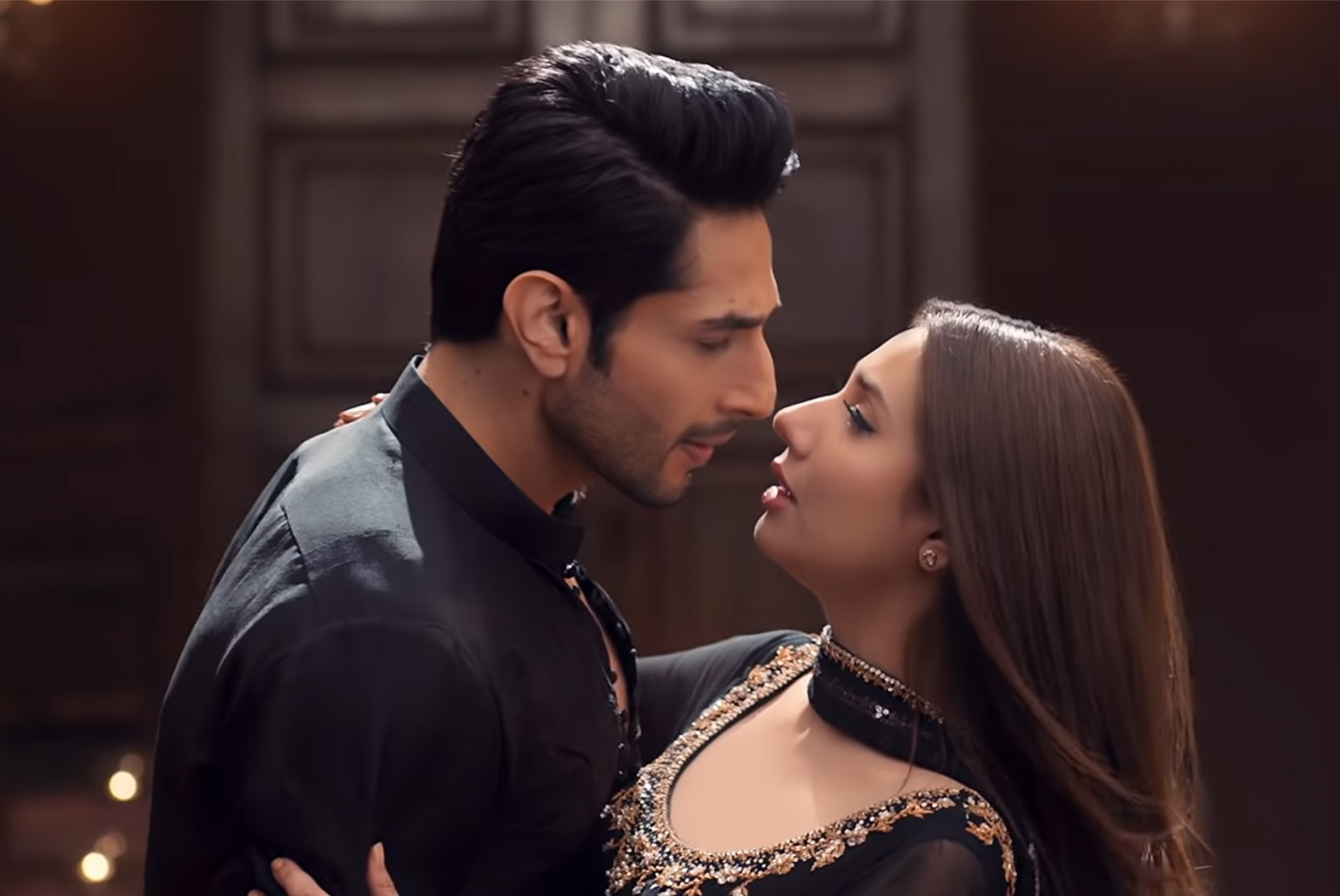 Superstar, starring Mahira Khan and Bilal Ashraf, hit the cinemas recently and while the story faded in the second half, the music, visuals and fashion kept us engaged till the final frame. As fashion lovers, it’s great to see Pakistani film-makers finally collaborating with some stellar Pakistani designers – and also paying attention to the hero’s wardrobe! Superstar features outfits from Sania Maskatiya, Nida Azwer and Menahel and Mehreen as well as outfits from international designers and global high street stores. The look and feel is contemporary and sophisticated, and the Eastern wardrobe in particular will certainly inspire trends.

Sania Maskatiya is undoubtedly the star of the first half in terms of wardrobe. Mahira plays Noor, a middle-class aspiring actress from Lahore. Apparently she lives near Bhatti gate (though the actual ‘home’ in the movie is the Sethi House museum in Peshawar) and they wanted to portray her as conservative but contemporary, middle class but educated and sophisticated.

According to Mahira’s team, the producer Momina Duraid and Mahira both wanted a look that was very distinct from the short kurtas and shalwars she has worn in other recent films. Sania Maskatiya delivered with a range of gorgeous long kameezes worn with izaars, which are long, straight, culotte-style pants.

She always wears a dupatta, mostly casually slung round her neck rather than draped, and the dupattas add that perfect finishing touch to the look. From the saffron yellow outfit with a white dupatta to the pale pink outfit in the In Dinon song, the first half is bound to have you wanting to make notes for your darzi about the silhouette of your next jora.

The in-house desgin team deserves a mention for the gorgeous sky blue peshwaz that Noor wears to Sameer’s party. From its deep back to the drop-waisted flare of its skirt, this is a deceptively simple outfit that is cut exquisitely. The organza/net dupatta adds immeasurably to the look, giving it a true eastern flair in a party where most are dressed in western outfits.

Bilal Ashraf plays Sameer, an established star from a moneyed background, and his look is suitably understated and sophisticated. There’s the subtle glimpse of a designer logo here and here, but for the most part Bilal’s wardrobe focuses on neutral tones and excellent fit. In Superstar, Bilal wears a range of designers including HSY, Sadaf Fawad Khan, Abdus Samad and Rehan Junaid, as well as many pieces from his own personal wardrobe. From his cool jackets to the way his cuffs were turned up, there’s an attention to detailing on Bilal’s styling that is a credit to Rao Ali Khan who styled him.

In the second half of the film, once Noor is a superstar, there is a distinct change in the way Mahira is styled. Momina wanted a glam look for Noor as a superstar, which is very different from the laid-back style of real-life superstar Mahira Khan. Noor’s makeup is more dramatic in the second half, with flicked eyeliner, glamorous hairstyling and more. Her wardrobe is a mixture of eastern and western.

Mahira and her team wanted to ensure that Noor as a superstar didn’t suddenly switch to only wearing western outfits and that, like a real Pakistani star, she wore contemporary Eastern wear too. Noor’s memorable lenghas in the Noori song are both by Nida Azwer. The orange mirror-worked lengha with a blue dupatta is layered with a blue lower layer trimmed with gota that flows beautifully in the dance. The hot pink lengha which a blue choli and the white lengha choli are quintessential Nida Azwer with their delicate craftmanship. The white outfit that Mahira wears to dinner with her parents is a classic Menahel Mehreen piece with its chikari chemise under a sheer tunic with delicate hand-made details. It’s not an outfit that we were able to get a shot of on screen but it’s one that you can see on their Instagram page, along with several shots of Mahira wearing the brand during promos. Apparently there was also a lime green Menahel and Mehreen piece that Mahira wore in a scene that was eventually cut, which we’re trying to get pictures of for the silhouette. With the smaller paincha shalwars and loose tunics, this is another great contemporary eastern look.

In terms of western wear, Mahira picked up some items herself on her travels, bearing in mind the script and the characters backstory. This blue dress, for example, works well as a visual reminder of the changes in Noori’s life and outlook.

Another memorable outfit from the second half is an emerald green Sania Maskatiya sari dress. A perfect example of Eastern fusion the outfit not only reflects the character, it flows brilliantly during the dramatic scene – a fabulous example of when styling hits that sweet spot.

The gorgeous black peshwaz that Mahira wore for the last song is a fitting finale in a film full of beautiful clothes – we especially loved the way it contrasted with the simple white peshwaz she wore in an earlier song. Look out for lots of style inspo from Superstar at festive occasions in the coming months!