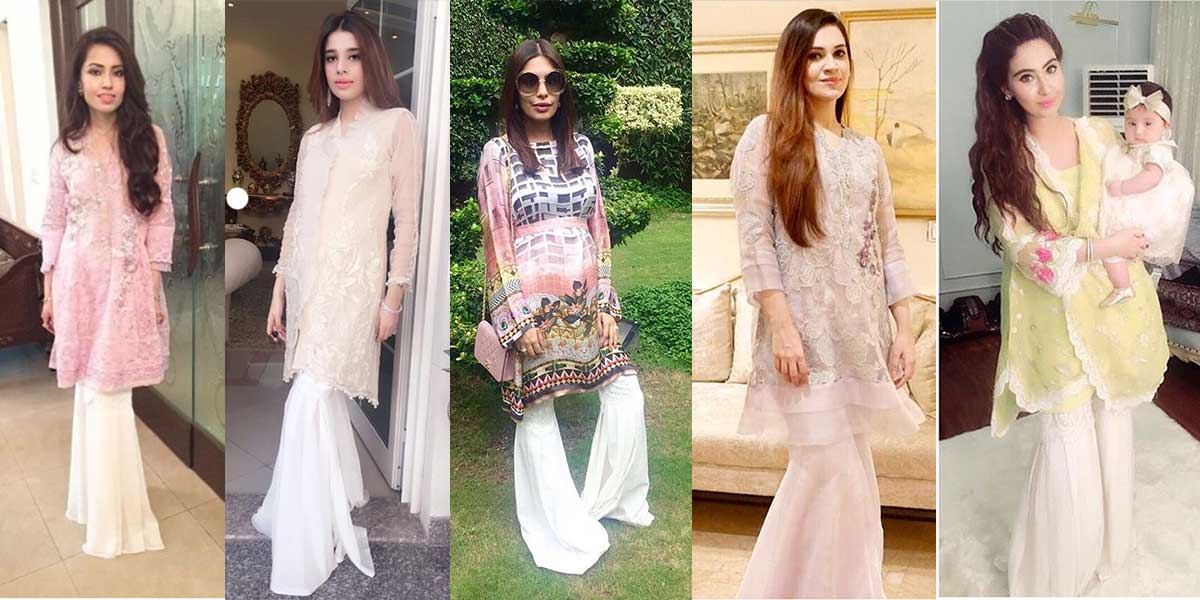 Move over dhotis, there’s a new trend in town. While last Eid was all about the dhoti shalwar, this Eid the coolest style queens had moved on to gharara pants. Leading the pack was designer Farah Talib Aziz, whose gharara pants were a popular choice, but others such as Asifa Nabeel, Karma, Momina Teli and Sehrish Rehan have also made versions of this contemporary twist on the traditional gharara.

The gharara is a wide-legged lower, ruched at the knee so that it flares out dramatically. Although the gharara has traditionally tended to be reserved for formal occasions, particularly bridals, the new gharara pant works with semi-formal and formal tunics. Sleeker than a traditional gharara, it skims the thigh like a boot cut pant and the pleating is more refined, giving a leaner silhouette.  The ruched knee is often accentuated by lace, giving the pant extra oomph, and the pant works best when its super long, skimming the floor.

With hemlines remaining high, expect to see more of the gharara pant. It’s more flattering than the dhoti shalwar and works better on a variety of body types. As ever, cut is everything as a badly-fitted gharara pant looks terrible – expect some tantrums from your darzi as they get to grips with this new trend.