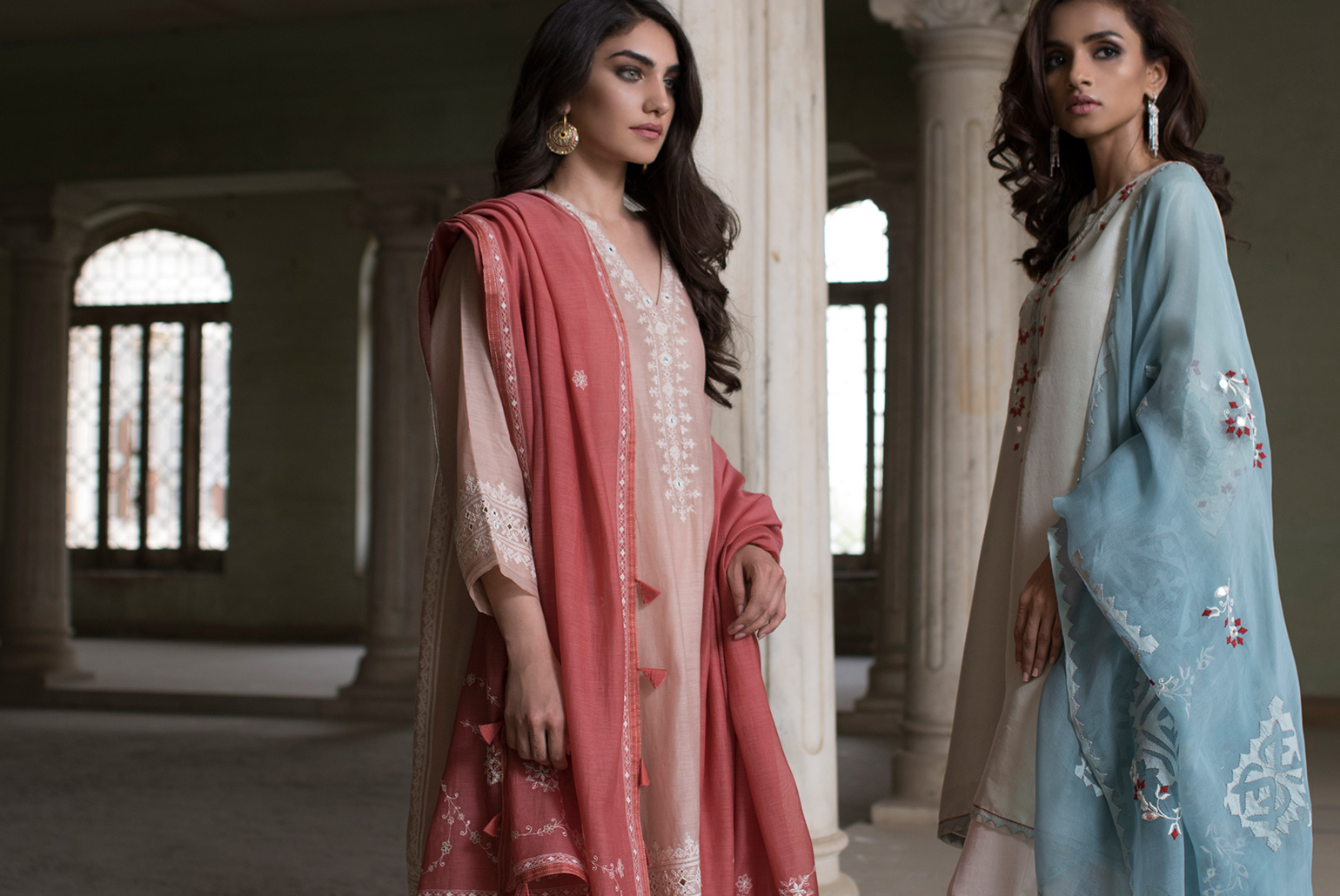 This has been coming for a while but the dupatta is BACK on the fashion scene. From being an after-thought to an also-ran, the dupatta is now the hero of many new Eid collections – and where it’s not the hero then at least designers are giving the dupatta some love.

Blocked by Afsheen Numair
For several years now, the dupatta has been seen as a dowdy extra to luxury pret – relegated to a slimmed-down adjunct to be slung around the neck or mostly totally dropped by the cool crowd. But this season is all about the dupatta – from ruffle and lace-edged ones at Menahel and Mehreen to kingri-edged block printed ones at Blocked Textiles to Rilli-embroidered ones at Misha Lakhani – it seems like suddenly everyone’s remembered how gorgeous dupattas can be.

Misha Lakhani’s much-awaited Eid collection, Chashme Shahi, is full of minimalist kurtas offset by statement dupattas. The collection, part of her new Miraka line, features traditional crafts such as mirror-work and rilli on beautifully soft shades of pink and blue or on bolder reds and deep blues.

The Lotus Series dupatta is only available with this Peshwaz

Afsheen is better known for her trendy tunics but her gentle foray into dupattas was an instant sell-out. I wish I had a better picture of the kingri-edged ones but the white and gold is one of my favourite buys of the season.

The Pink Tree Company has gone super traditional with their Eid Ka Chand collection, using gota and metallic block prints on festive tones of saffron, maroon, pink and lime. The dupattas on these outfits are rich and striking.

From frill-edged dupattas to 3D-embellished ones to the textured fabric kind, there’s so much choice out there at the moment. Take some time to check out all the options and stock up on some oomphy neutral-toned options because this season, it’s all about the dupatta.