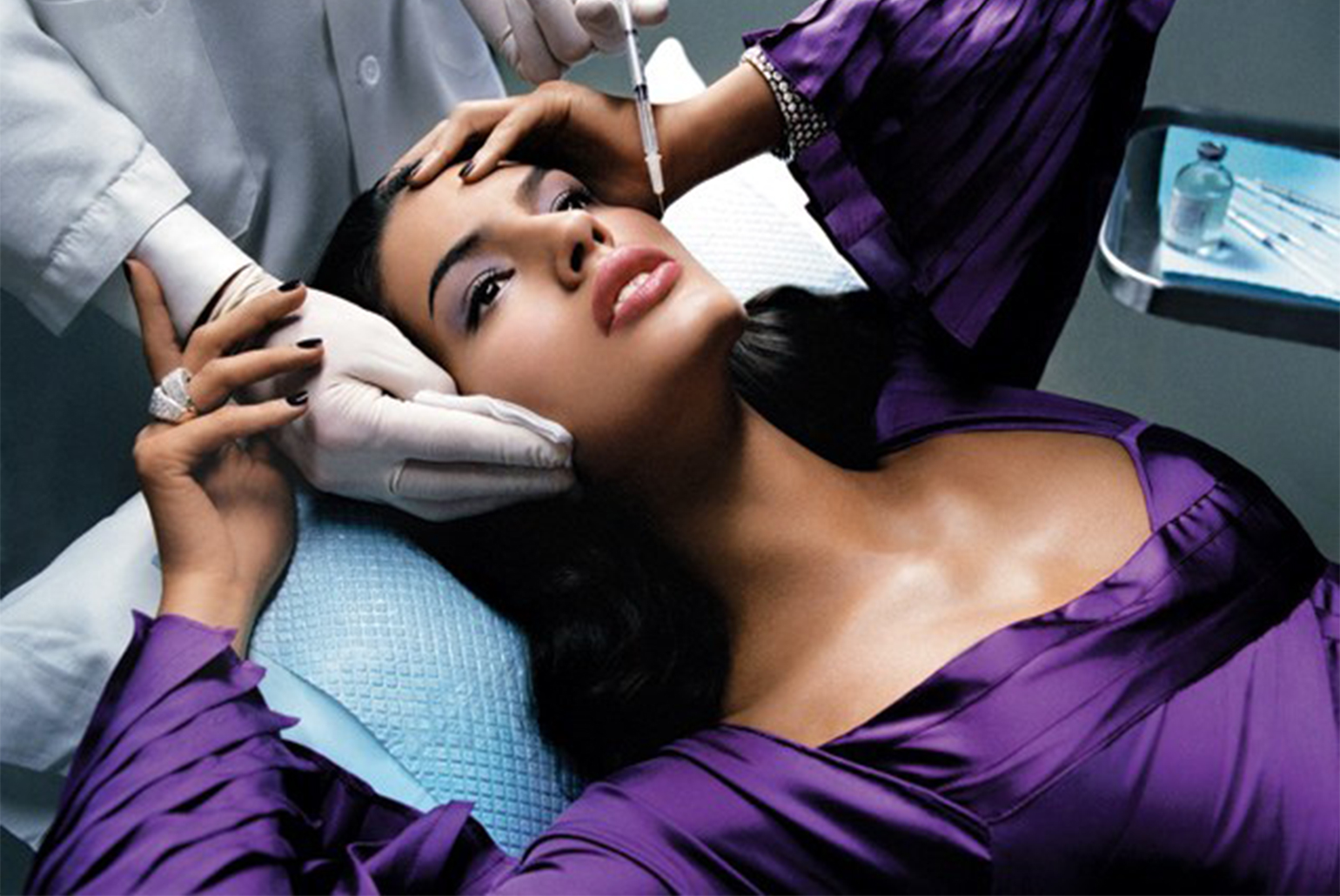 The Vampire Facial: Everything you need to know

Taking care of your skin has always been an important part of every woman’s beauty regime. However, skin maintenance seems to have gone way beyond just moisturizing, toning and cleansing.  Although there are tons of medicated skin procedures available, its the ‘Vampire Facial’ that has been making waves – especially because of certain celebrities like Kim Kardashian, who are major enthusiasts. So who doesn’t want to have skin like Kim K’s? I certainly do –  so I decided to get the scoop on the ‘Vampire Facial’, medically known as the ‘ PRP – Platelet rich plasma’ procedure. Be warned though – this is not for the faint-hearted!

How does a Vampire Facial/ PRP work?

A small amount of blood will be drawn from your arm or hand in the exact same way as you give blood for your laboratory work-up. This small amount of blood is processed using specialized equipment to separate the platelets from other components of your blood. The other components will be discarded and you will be left with the plasma appearing to be a yellow serum, which is  only concentrated with your own platelets. The yellow serum is  injected into the certain areas of the face, or it can also be used on the scalp for regenerating hair growth as the serum contains all the nutrient rich factors of blood which stimulate everything to grow inside.

This facial is said to bring a smoother and brighter look to the texture and tone of your skin.  It also helps in restoring the facial shape in an non-invasive method, using only natural resources from your own blood.  In Pakistan it is also  quite safe as doctors have enough experience and training to administer the procedure, however make sure you go to a reputed experienced doctor. It’s apparently great as an anti-ageing treatment, targeting wrinkles and pigmentation though apparently it can only control pigmentation not remove it. It can also help with dark circles under your eyes. Best of all the procedure can be used for any age group, it’s not only for age defying purposes but also for anyone who is suffering from acne scars and skin troubles.

This whole procedure doesn’t come cheap, and in general the price range varies from Rs. 15,000 –  Rs. 30,000 for one session.  People who are suffering from any sort of blood disorder, such as hepatitis or any sort of bleeding disorders will not be allowed to have it done.One thing to remember, that depending on the condition of your skin, it may take some people longer then others to get fruitful results. There is also some down time, the face is prone to some swelling, bruising and redness on the face for a period of 12-24 hours, or even a little bit longer depending on the sensitivity of the skin. Some people particularly get puffiness around the delicate eye area. You’ll emerge from treatment a bit red, almost like a sunburn, which means post-procedure sunscreen is highly recommended. Applying makeup, though, is discouraged.  Also, Its not a straightforward one time cost, it needs to be maintained with a skin care routine and regular sessions, depending on the results of each persons skin.

No Pain, No Gain

Unfortunately, this facial is not going to be your regular ‘Spa Day’,  where you sit back and pamper yourself with extra massages and coffee.  As the name suggests it is a blood sucking process with your facial skin being pricked with micro-needles – somewhat similar to what one would feel when getting a tattoo. However the good thing is that there is an anaesthetic numbing cream applied to the skin before the pricking, so you don’t end up feeling it that much. It is an intensive procedure so it’s not recommended more than once a month.

Mishayl Naek of the Yummy Mummy Network has had PRP three times – once on her scalp and twice on her face.

“I had it on my scalp to treat hair loss after childbirth and general stress and I loved the results – it really made a difference. My dermatologist suggested PRP for my face to treat acne scars and pigmentation. I didn’t feel much of a difference the first time round but I was very happy with the results the second time.”

Mishayl felt that her pigmentation was less noticeable because her skin had a revitalised, plumped up look after the facial. She agrees it’s not a pleasant experience though,

“There are a LOT of needles, especially if you get microdermabrasion first. Your skin feels a bit crusty afterwards because the plasma and serums are dried on but that’s not a big deal – I mean I continued with my day quite happily. Dr. Naqiba Munshi of Elements MediSpa recommended that I get three in total; one each month and then a third after six months.”

The Vampire facial is not a miracle treatment

The most important thing to remember is that the results of the treatment vary, depending on the skin texture and tone. If some people have severe acne and skin troubles it will take more sessions then someone who is has fairly clear skin and is just looking for an extra glow to the skin.  Speaking to people who have gone through the treatment,they all have different opinions because everyone has different skin.

” As doctors we can never really tell how the skin will react to the treatment, I have had patients who have recovered overnight from it, others its taken much longer, so its difficult to say. What I do know is that it is much better then using any sort of fillers or botox which has become quite common these days” , says Dr. Fatima from Dr. Afzal Lodhi’s Clinic at Tariq Road.

One thing to remember is that there is no big ‘wow’ factor,  and its not a one time session that will transform the way you look overnight. The best thing about PRP however is that it  is a  gradual and permanent regeneration of your skin, while botox and filler end up making  a person look like plastic over time.