Home What's On
What's On 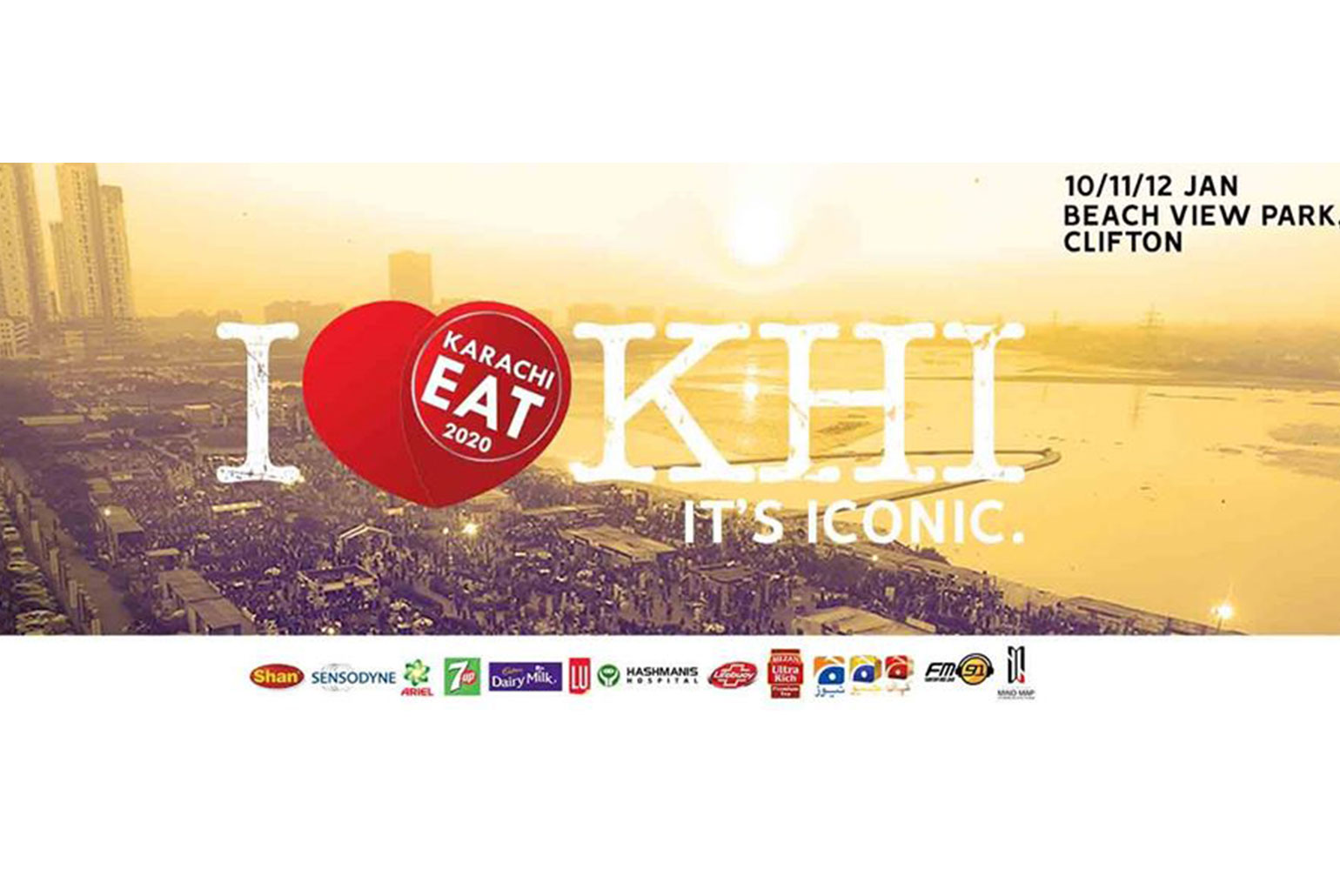 The new year is always a time to get excited in Karachi – not because it represents a new start but because KARACHI EAT! Need we say more? Three days of scrumptious food from vendors all over the city, in one place – banging way to have fun with friends and eat soul food. NAPA’s Karachi Laughter Fest is back with three new comedy plays distributed throughout the month. Tour De’Karachi is a series of PhotoWalks which invites local camera (photography/ videography) enthusiasts to bunch together, shoot and help in challenging the stereotypical image of Karachi by reflecting upon it’s reality – one vicinity at a time – this week, you’ll get to explore Lyari. Mohammad Ali Addarsh’s photography exhibition, ‘Other Side of the Curtain’, portrays the lives of transgenders, commonly known as khawaja sara’s, where they are not performing on streets, or at a wedding or at any other festive ceremony. January has a lot we can look forward to!

The KARACHI EAT is food festival built around the idea of creating a common platform for people who love food. It will be held from January 10 to January 12th in 2020 in Karachi. 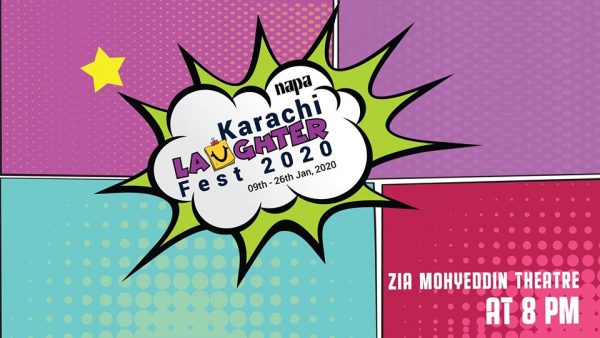 Karachi Laughter Fest is back with three new comedy plays!

Good Luck Darling – 10th to 12th January 2020
By Athar Shah Khan
Directed by Farhan Alam
Seth Razzak’s daughter has divorced her husband. Seth Razzak’s fortune is stuck in his daughter and son-in-law’s joint back account – which they can’t access now that they’re divorced. Chased by debtors, Razzak badly needs this money. Will his daughter and estranged son-in-law remarry and get him his money back? Good Luck Darling is a rollicking comedy by famed writer, poet and comedian Athar Shah Khan.

Wapsi – 17th to 19th January 2020
By Noel Coward
Translated & directed by Zarqa Naz
An adaptation of Noel Coward’s Blithe Spirit. Writer Mansoor and his wife Areeba invite local spirit medium Khanum Batool to hold a seance at their house. Khanum Batool unwittingly brings back the ghost of Mansoor’ first wife, Naureen, to haunt him. Appearing only to Mansoor, Naureen causes all kinds of mischievous trouble between the married couple. Intensely funny and character-driven, Wapsi combines farce, emotion, and wit to great effect. 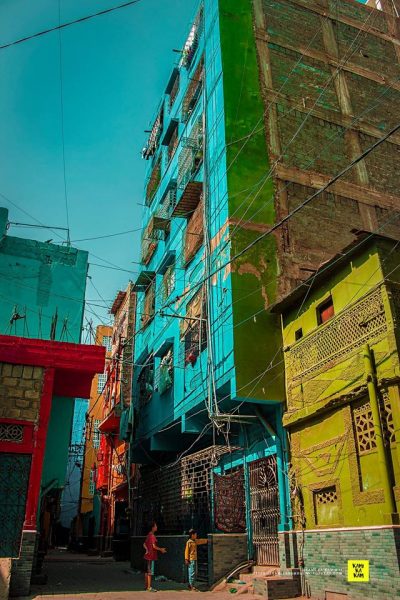 Tour De’ Karachi [as part of Tour De’ Pakistan]is a series of PhotoWalks which invites local camera (photography/ videography) enthusiasts to bunch together, shoot and help in challenging the stereotypical image of Karachi by reflecting upon it’s reality – one vicinity at a time.

Tour De’ Karachi PhotoWalk – S01E03 is going to feature one of the oldest human settlements of present-day Karachi city which over-the-period has undergone such extra-ordinary situations that one can only dream of having recovered from. However, ‘Lyari’, a locality – more of a community is living this dream today alongside awaiting our acknowledgement, therefore the theme for the PhotoWalk: ‘Resilient’

Notes:
1. Registration is a must for attending the PhotoWalk as walk-ins are strictly not allowed. Please do not assume that ‘interested’ or ‘going’ response would guarantee you registration. Hit that blue button that says: “Reserve a Space” or “Reserve a Spot”. Applications will be entertained on first-reserve, first-serve basis.
2. There is no registration fee for the PhotoWalk whatsoever. Damage for Nashta will be equally shared.
3. Equipment does not matter, your passion, talent and skills do, therefore, Phone photographers and videographers are more than welcome to the PhotoWalk.
4. Your application (Reserving a Space/ Slot) will undergo a quick review by our hosts to ensure that your genre of work is in sync with the theme for this PhotoWalk.

Disclaimers:
1. Not all the co-hosts/ guests for the event are confirmed attendees for this PhotoWalk. List of confirmed hosts shall be separately shared on the event page.
2. Event admins reserve the right to modify or alter any or all of the event details.

Venue: to be disclosed upon registration

Other Side of the Curtain 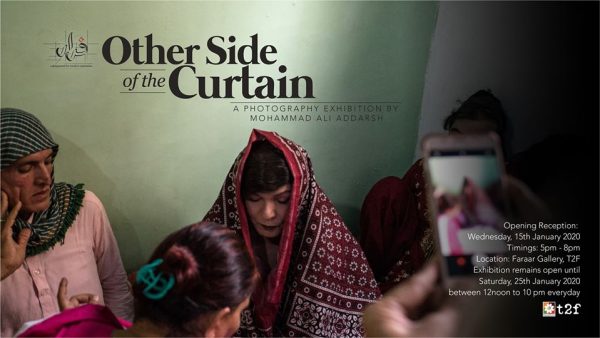 ‘Other Side of the Curtain’, portrays the lives of transgenders, commonly known as khawaja sara’s, where they are not performing on streets, or at a wedding or at any other festive ceremony. Mohammad has tried to get up close and personal with his series, where he has been in touch with some of the seniors members of the community who are often referred as Gurus; they have been extremely welcoming in assisting Mohammad for his research. His work depicts the bond this community has as a family, the family that they have now, after some being outcasted from their birth family.

Join us on Wednesday, January 15 for the opening reception of the ‘Other Side of the Curtain’, a photography exhibition by Mohammad Ali Addarsh from 5pm to 8pm at Faraar Gallery, T2F.

Comedy Underground and the Karachi Comedy Club are bringing the No Holds Barred Comedy Roast format to Pakistan starting with the roast of the stand up comedian, Shehzad Ghias Shaikh.

The entire stand up community of Karachi comes together for a night to celebrate the 10 year anniversary of Shehzad’s stand up comedy career.