Why you should watch Yeh Jawani Hai Deewani

Published in the Express Tribune on 2nd June 2013

At first glance, Yeh Jawaani Hai Deewani (YJHD) seems formulaic and a mish-mash of other Karan Johar films — a bespectacled goody-two-shoes girl, a fun loving guy who’s a bit of player and a seminal trip. The tomboy who can’t express her love, the big fat Indian wedding and the guy pulling the girl onto a train — we’ve seen it all before.

However, writer and director Ayan Mukerji gives this romantic comedy a deft twist and a thoroughly modern treatment. The result is a frothy, feel-good, marvelously entertaining film.

The story revolves around the couple Bunny and Naina, played by Ranbir Kapoor and Deepika Padukone, respectively. Kapoor’s character is more than just a footloose player; he is passionate, hardworking and dedicated to his dreams, which makes his connection with the serious Naina believable and unaffected. 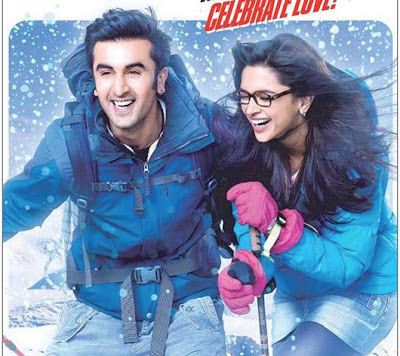 As an actor, Kapoor just gets better and better. This film is no Rockstar or Barfi! for him to get his teeth into, yet he simply shines on the screen. He is funny and endearing and depicts Bunny’s coming of age with skill. More than that, YJHD shows what a great entertainer Kapoor is. Whether it’s dancing with Madhuri or sizzling on screen with Padukone, he delivers big time.
Padukone also excels in YJHD and shows what a versatile actor she is. She is as convincing as the seedhi-saadhi Naina as she was as wild-child Veronica in Cocktail. Her portrayal of Naina is well-nuanced and attractive. The chemistry between her and Kapoor is palpable and their performance takes the film to another level.

Kalki Koechlin also deserves praise for her stellar performance in a role that could have been very bland. Koechlin lifts her character Aditi from the realms of the ordinary with a feisty, insightful performance. Farooq Sheikh is poignant in his small role as Bunny’s father.
Aditya Roy Kapoor, on the other hand, fails to impress. He seems doomed to drink his way across the screen this summer. He played one sharabi in Aashiqui 2 and plays another in YJHD. He seems unable to do much with his one-dimensional character Avi, and the entire storyline of his friction with Bunny seems rather contrived and awkward.
YJHD nevertheless has a lot going for it. Mukerji delivers on the promise he showed with Wake Up Sid. The story is cleverly handled; there is some deft dialogue and several laugh-out-loud moments. There is an outstanding chase scene and a cute cameo from Kunal Roy Kapoor. Bunny and Naina’s interchange on travel versus home is exceptional; a Broadway Show is compared to Dilwale Dulhania Le Jayenge at Maratha Mandir — with popcorn.

YJHD has all the great locations and visual appeal you would expect from a Johar production. The songs, too, are very well-choreographed and set the screen alight. Madhuri’s dazzling item number, Ghaghra, in the first 10 minutes shows that she still has what it takes. Her face may show a little of the ravages of time but otherwise, she looks hot and demonstrates yet again what an amazing dancer she is. Kapoor’s brilliantly choreographed Badtameez Dil and the superb Balam Pichkari are standout songs. It’s worth going to the cinema again just to see these and Madhuri’s Ghagra once more on the big screen.

Verdict: Overall, YJHD is a great, entertaining film. The themes are not deep but what do you expect from a romantic comedy? There are only so many variations on the boy meets girl story; only so many ways they can overcome obstacles on the path to love. What makes YJHD work are the songs, the great performances from its stars and a story that is not as clichéd as it seems at first glance. YJHD is bound to make you leave the cinema smiling — one of this summer’s must-watch movies.
Rating: 4/5